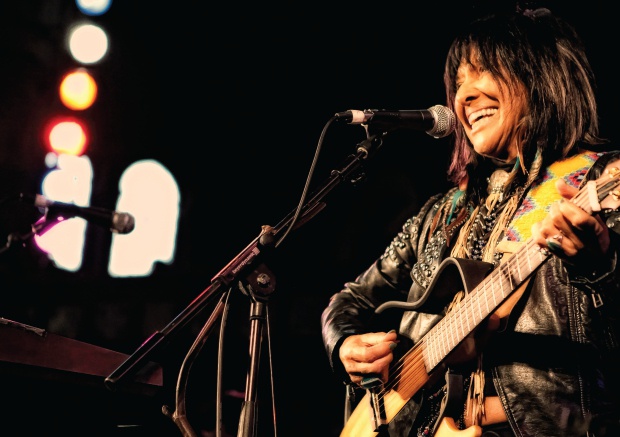 Buffy Sainte-Marie is a celebrated activist, educator, visual artist, and winner of numerous awards including a Juno, Golden Globe, and an Academy Award winner.

She has been making music for more than 50 years, and continues to inspire audiences everywhere.

Since her groundbreaking debut, 1964’s It’s My Way!, the Cree singer-songwriter has been a trailblazer and a tireless advocate, an innovative artist, and a disruptor of the status quo.

Her renditions of classic songs like "Universal Soldier" and "It's my Way" were still as pointed and resonant as they were when they first came out decades ago. "Who's responsible war?" she asked fans as she introduced the former song. While she listed many possibilities — men, politicians, generals — she ultimately turned it onto herself and those present. "In my view, it all comes down to you and me, who allow it. We've got to try harder."

It's insightful moments like these that make a Sainte-Marie set not only entertaining but also galvanizing, forcing us to really pay attention to her words and use them as motivation.

The event runs from 8:00pm to 10:00pm on the following dates.
Select a date to add this event to your calendar app.