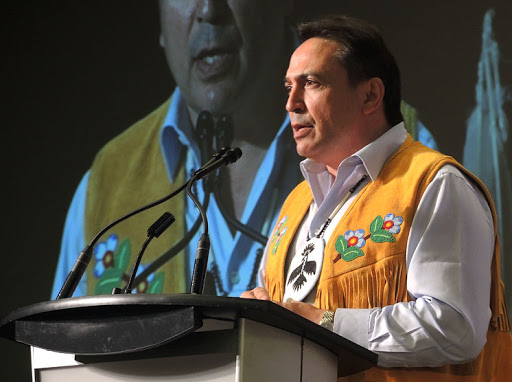 "Year after year, generation after generation, Canada systemically discriminated against First Nations children and families simply because they were First Nations,” .

The Assembly of First Nations has filed a class action lawsuit against the federal government, seeking damages for First Nations children who it says have been discriminated against by the government's child welfare system.

AFN national chief Perry Bellegarde says the system punished children just for being First Nations, and the government caused them and their families harm and suffering.

The lawsuit follows a Canadian Human Rights Tribunal decision last year that the government did discriminate against Indigenous children living on reserves by not properly funding child and family services.

The tribunal awarded a maximum compensation of $40,000 to each victim and certain family members who also suffered.

Bellegarde said the lawsuit is broader and covers those not included in the tribunal's decision.

The government has a month to file a statement of defense.

Today, I’m formally announcing that the AFN has launched a $10 billion class action to seek damages for the discrimination suffered by First Nations children in the child welfare system. #cdnpoli pic.twitter.com/kcephGLw7w