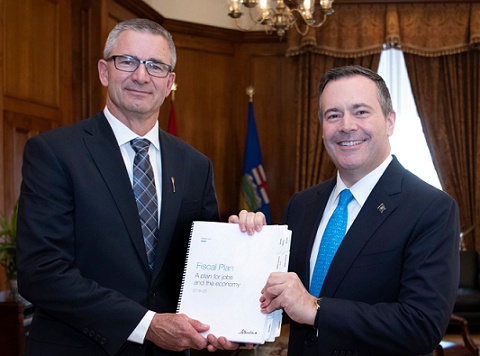 The freeze on tuition is to be lifted but capped at seven per cent to a maximum 21 per cent over three years. Student loan interest rates are going up from prime to prime plus one percentage point.

Alberta plans to build or retrofit 25 schools over the next four years.

The application fee for the Alberta Immigrant Nominee program is set at $500. It was previously free.

Edmonton, which as the provincial capital, has the most government buildings, will see a $15.3 million cut in 2020-21. Calgary, by comparison, will only see a $5 million reduction

These changes are expected to generate $45 to $55 million per year in revenue.

The province also intends to implement a tax on vaping products.

As part of a review, the government will explore approaches to bring this tax in, with more details expected in the 2020 budget.

Using jurisdictions in the U.S. for context, revenue on a potential vaping tax would likely be under $10 million annually.

The province intends to bring in legislation in spring 2020 that would require STRs to pay the levy, bringing them in line with other short-term accommodation rentals.

Windspeaker.com will have more details on the 2019 Budget next week and what it means for you