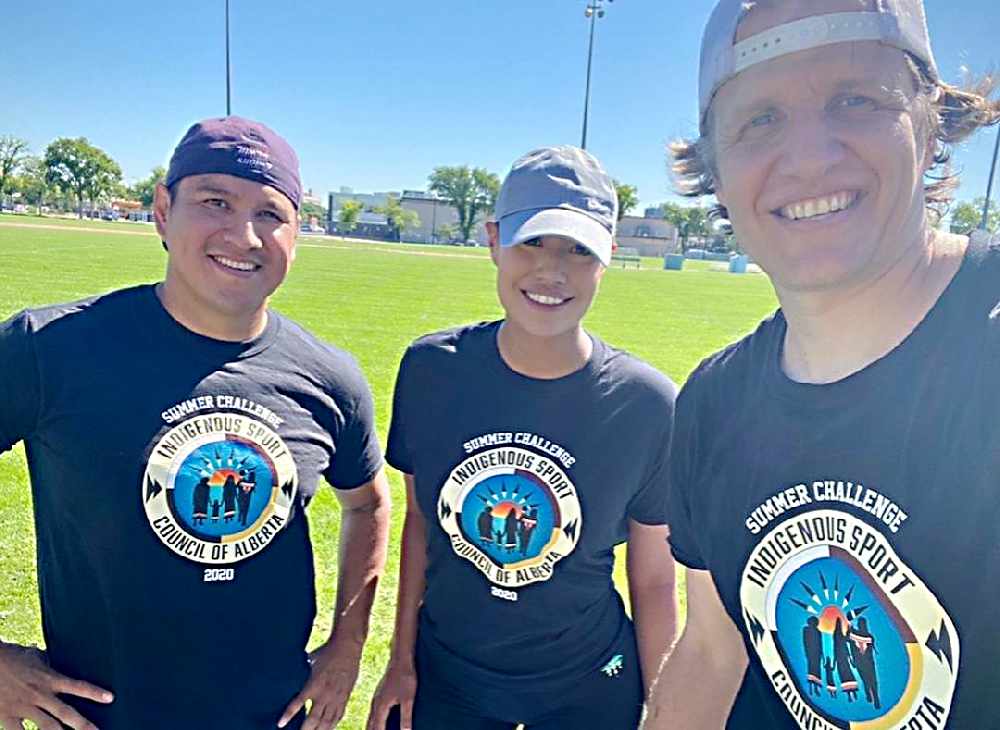 “I’m really honoured and excited about it. It’s a great platform for me to raise awareness to be spiritually and mentally and physically active.” — Ashley Callingbull 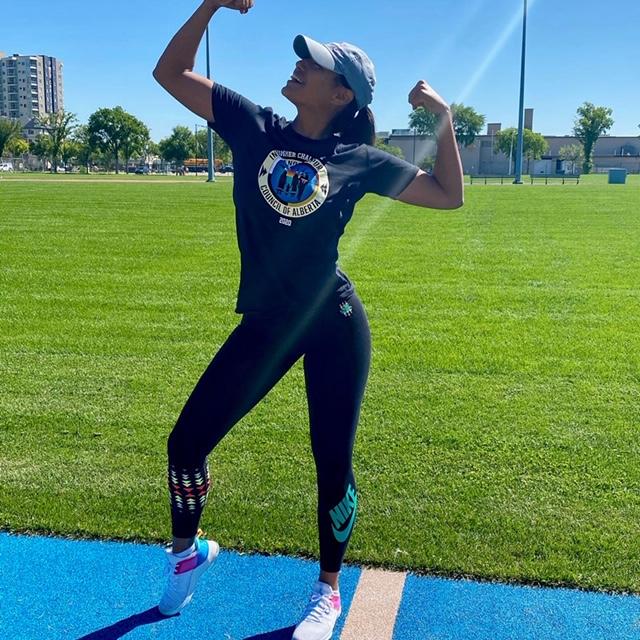 The Indigenous Sport Council of Alberta (ISCA) continues to add some high-profile names to its list of ambassadors.

The latest is Ashley Callingbull, who has been appointed as the Physical Activity Ambassador for ISCA, the governing body of Indigenous sports, physical activity and recreation in Alberta.

Callingbull, a member of Enoch Cree Nation in Alberta, is a well-known figure in Indigenous communities across the country.

The 30-year-old is an actress, model, motivational speaker, jingle dress dancer, First Nations’ activist and a spokesperson for various organizations.

“I’m really honoured and excited about it,” said Callingbull, who also won the Mrs. Universe title in 2015. “It’s a great platform for me to raise awareness to be spiritually and mentally and physically active.”

Callingbull has a huge social media following. She has more than 920,000 Instagram followers and almost 150,000 followers on Facebook.

Jacob Hendy, ISCA’s executive director, said there was a massive response last week on Facebook after the association announced Callingbull had been named an ambassador. The announcement included an interview with her and a video of her working out with Hendy and professional hockey player Wacey Rabbit.

Rabbit, a member of Kainai First Nation in Alberta, was named ISCA’s Hockey Ambassador a few weeks ago.

Hendy said Callingbull’s popularity has been a huge plus for ISCA.

“A lot of people in the province and around Canada are learning about ISCA through her becoming one of the ISCA family team members which is a really good thing,” he said, “We are very excited for the future and have a lot of exciting plans.”

Earlier this year ISCA had named a couple of other famous hockey players as ambassadors as well.

Ethan Bear, a defenceman with the National Hockey League’s Edmonton Oilers, was picked as the fitness ambassador for a program ISCA is running during the pandemic.

Bear is a member of Ochapowace Cree Nation in Saskatchewan.

Also, Brigette Lacquette was chosen as the ambassador for a family challenge ISCA is also running now.

Lacquette, the first First Nations player to crack the Canadian women’s Olympic hockey team (she competed at the 2018 Winter Olympics in South Korea), is from Cote First Nation in Saskatchewan.

Strater Crowfoot was picked as ISCA’s Elder Ambassador. Crowfoot, a former chief of Siksika Nation, has been a lifelong sports advocate.

Callingbull is thrilled at being named one of ISCA’s ambassadors as well.

“Everyone in the group is really inspiring and has found success in the community,” she said. “It’s a great group to be a part of.”

Hendy said he originally contacted Callingbull to share information with her about ISCA’s fitness and family challenges.

“I shared our vision and goals for now but also for the future of the organization and I noticed that she's passionate about supporting not just our youth but all ages of our people to be healthy in many ways,” he said. “After the initial conversation Ashley and I discussed that we would each get together ideas on how she could be involved with ISCA.”

Following his initial discussion with Callingbull, Hendy knew that she was impressed.

“I had a feeling she would really appreciate what it was that we were doing as an organization in regards to our fitness and family challenges,” he said. “I was correct as when I showed her the content I could tell it made her very happy and excited to see the positive impact it was having on Indigenous people from all over Alberta.”

And Hendy also felt Callingbull could become a valuable asset for ISCA.

“I saw that her goals and vision aligned with ours as an organization,” he said.

Callingbull’s exact responsibilities with ISCA have yet to be fully determined.

But she will be posting some of her early-morning workouts online and encouraging others to be active.

Callingbull, who lives in Edmonton, works out five times per week, Monday through Friday. Her workouts tend to last between 90 minutes and two hours each.

Callingbull said it’s even more important these days, during the pandemic, to remain physically active. And she believes others should indeed be doing the same.

“It’s a great way to get your mind off of things,” she said of her morning workouts. “It’s a freeing feeling and it makes me feel good.”

Callingbull added people of all ages can be physically active. And there is no need to try to keep up with her.

“You can only go at your own pace and have fun,” she said.

Callingbull has always been physically active. She started dancing at the age of three. Besides continuing to be a jingle dress dancer, she was also a professional dancer for 14 years, participating in jazz, ballet, tap and pointe techniques.

And as a teen she was a member of her high school volleyball and track and field teams.