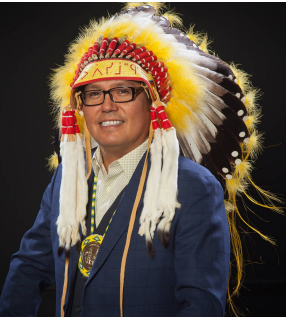 The Confederacy of Treaty Six First Nations was created in the Spring of 1993 with the purpose of serving as the United political voice for those Treaty Nations who are signatories of Treaty No. 6 for the continued protection of the fundamental Treaty, Inherent and Human Rights of the Treaty peoples of those Nations

The Confederacy of Treaty No. 6 First Nations have appointed Okimaw (Chief) Vernon Watchmaker of Kehewin Cree Nation as the next Grand Chief of the Confederacy, succeeding Chief Billy Morin. Watchmaker will continue the many successes under Chief Morin including his urban initiative, as well as, build upon the Protocol with the Province of Alberta.

“The First Nations of Treaty No. 6 should be included in resource development so that our youth can gain meaningful employment and ensure prosperity for future generations.” said Okimaw Vernon Watchmaker. “When First Nations are at the table, we can ensure that development occurs respectfully with protections for our traditional lands and waters.”

“Okimaw Watchmaker brings a wealth of experience and education. We look forward to working with him and ensuring that our shared visions are realized.” said Okimaw Greg Desjarlais, Chief of the Frog Lake First Nation.

Throughout his career, Watchmaker has been Okimaw of the Kehewin Cree Nation and Council member. He has also worked as an analyst, technician and project lead for lands and resources, economic development, education, and the energy sector. He worked as a technician for the Confederacy of Treaty Six First Nations, in lands and consultation. He served as a member of student council at the University of Alberta, and board member at the Bonnyville Friendship Centre. Having a keen interest in youth development, he has coached and organized several youth sports and recreational activities.

Okimaw lives in Kehewin with his wife and has eight children and one grandchild.