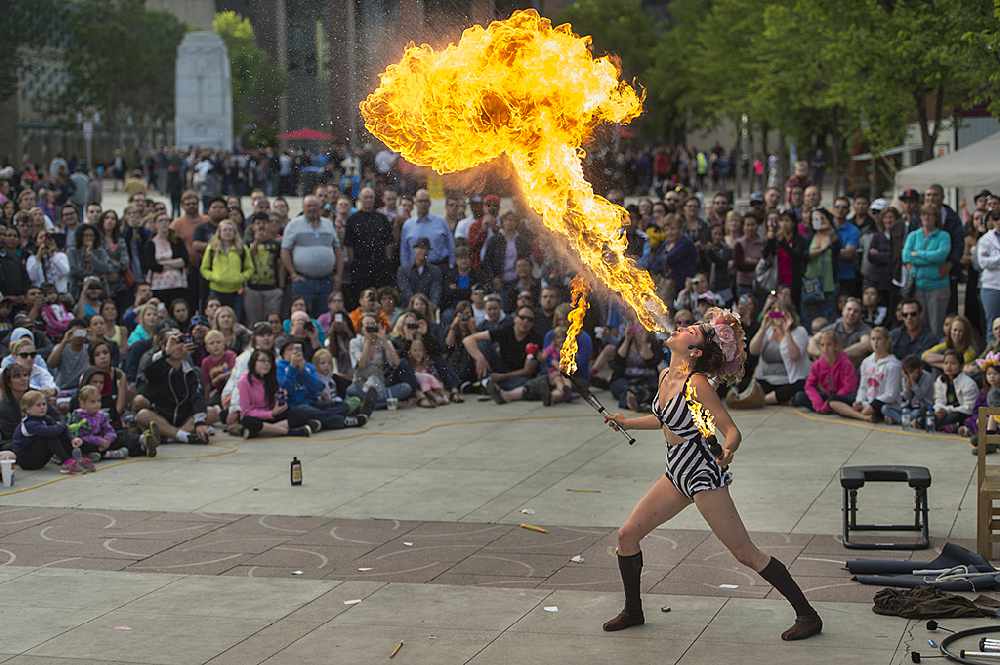 “There are newly curated shows, as well as some amazing flashbacks of almost our entire history, Grandparents are going to see themselves as parents.”

The Edmonton International Street Performers Festival will be back for its 36th anniversary from July 3-12, and this year it is taking place online.

The popular festival usually brings upwards of 25,000 people over nine days to watch the street performers, but because of COVID-19 restrictions the festival was forced to move online.

It will feature three ‘zones’ on its website.  The Troupe Zone will boast five shows, each with a different cast of several performers filmed at past festivals, going right back to 1993. A master of ceremonies will walk viewers through each 30 to 40-minute show, which will also feature new programming in the form of an interview with a street performer.

The second feature of the website is called the Play@Home Zone. Here, some of the festival’s biggest talents will share their tips for becoming the best balloon artist ever, or juggling with items you have around the house, or hula hooping 2.0. The workshops are for adults and children alike.

Finally, the interactive Share Zone gives festival fans an opportunity to upload videos, send in photos or pass on a favourite event story.  You can send in a video of you, or family members doing a dance or you can post a mashup of things, or send in memories or experiences.

The festival is free to viewers, and can be viewed at edmontonstreetfest.com.