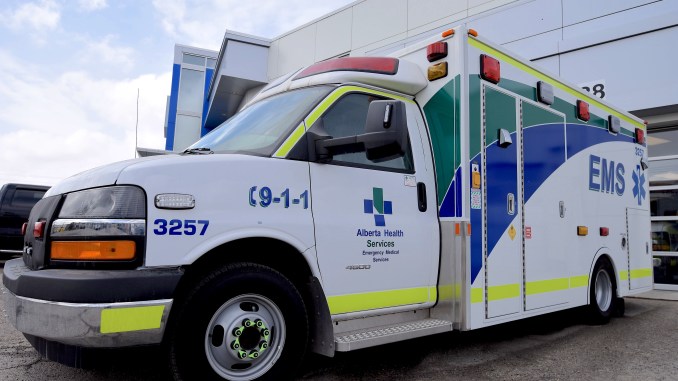 Wood Buffalo’s site is one of four across the province, including in Calgary, Red Deer, and Lethbridge, who’ll be centralized into one of three provincial centers over the next five months

All EMS 911 calls handled by four municipally run contracted satellite sites in Calgary, Red Deer, Lethbridge, and Wood Buffalo will be transitioned to one of three existing AHS dispatch centres.

These four sites had remained separate from the AHS system since its inception in 2009. The transition affects provincial EMS dispatch services only. Local municipalities will continue to handle fire, medical first response, and police dispatch matters.

The new system will also carry the ability to involve real-time physician consultation on emergency calls, ensuring the highest quality of care for each patient.

Rural communities across Northern Alberta will also be heavily impacted.

The RMWB has partnerships between Syncrude, Suncor, Canadian Natural Resources, and Husky Energy where they’ll send EMS crews to places like Janvier, Conklin, and Fort McKay when they’re emergencies as they’re much closer to the hamlets.

Wood Buffalo Mayor Don Scott spoke with Windspeaker Radio and laid out out his concerns.

The transition, which began on Aug. 4, will take place over approximately six months, . When the transition is complete, EMS calls will move from municipal call centres to the AHS EMS provincial communications centres located in Peace River, Edmonton and Calgary.  Callers to 911 will not notice any change