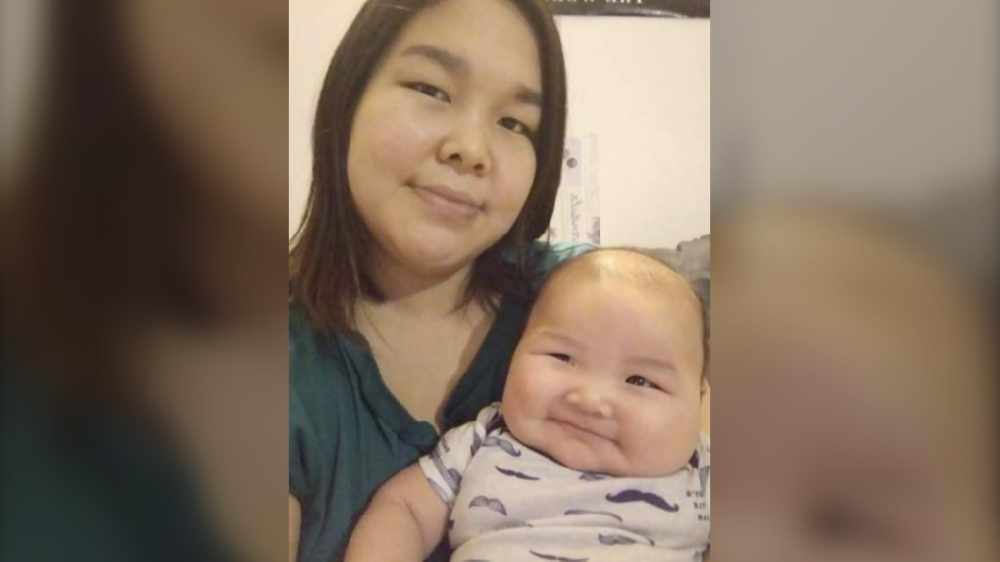 In October, Collette Nilaulak gave birth, alone, to her third child in a hospital room about 1,200 kilometres from her home in Rankin Inlet, Nunavut.

Pandemic restrictions meant one person could be with her at Winnipeg's Saint Boniface Hospital. But Nilaulak's partner, who had flown south with her, had to remain at a hotel to watch their two-year-old daughter.

"It was very hard on me. Going through labour alone is hard," Nilaulak said.

She spent another two days alone in hospital after giving birth before isolating in a hotel for two weeks to fulfil a Nunavut government requirement for anyone returning to the North after travelling south.

In all, Nilaulak, 25, spent over a month in Winnipeg.

"I was away from my oldest for a month and five days. I had no family there. I didn't know anyone."

At the time, COVID-19 cases were climbing in Manitoba, while Nunavut hadn't been hit by the novel coronavirus yet.

"I was so worried about getting COVID. Worried for me and my unborn child."

For expectant Nunavut mothers, travelling south to give birth is routine. The capital of Iqaluit is the only one of Nunavut's 25 communities that can medically support childbirth. Although Rankin Inlet has a birthing centre, its services were suspended in August after the longtime midwives quit.

Adigii Nukapiak, who also lives in Rankin, said she was told just three days before she was set to fly to Iqaluit to give birth that she was being sent to Winnipeg instead. Health staff told the 20-year-old the Iqaluit hospital had run out of room.

Nukapiak, whose first child was born in October, said she spent a lot of time in her hotel room, too afraid to take a taxi anywhere with COVID cases rising in the province.

She spent six weeks in Winnipeg. She said spending two weeks in isolation postpartum gave her time to bond with her baby and heal her body.

"But it was not fun because my mom wasn't there with me or my older sister."

The recent case of a Nunavut woman who flew to Winnipeg to deliver her fifth child and died of COVID-19 points to the risks in relying on interprovincial travel for health care, especially during a pandemic.

"Every Inuk woman should have access to safe and compassionate pregnancy, birth and postpartum care, and they should not have to leave their homes and circle of support to receive it," Kudloo said.

Nunavut's Health Department did not respond to interview requests.

The most recent figures from Statistics Canada show that Nunavut has the highest birthrate in Canada at 22.6 @live births per 1,000 people -- double the national average of 10.1. Some 840 babies were born to Nunavut mothers in 2019.

With one hospital and no intensive care unit, many of Nunavut's 39,000 people have no choice but to travel south for their health-care needs. In its 2019-2020 budget, the territory estimated it would spend $90 million on medical travel that year.

And, like Nilaulak, Nunavut women going south to give birth are often faced with the difficult decision of leaving family members behind. Nunavut's medical travel policy pays for one person to accompany an expectant mother.

"It creates hardship for their other children who have to be looked after by family members, who might have crowded houses, or are food insecure. To be away that long from your family, especially now with having to isolate, it creates a lot of stress," Kudloo said.

Kudloo, who was born on the land, said Nunavut women not only have a right to birthing services at home, but also to health care in their own language.

"It's so important that Inuit are looked after ... with Inuktitut-speaking or culturally trained nurses," she said. "Birthing, to us, used to be about being around family. The other kids were there to see their brand new siblings. It was a happy time.

"Inuit women are very resilient and very strong, but they need to be around their family when they give birth."

This report by The Canadian Press was first published Jan. 10, 2021.