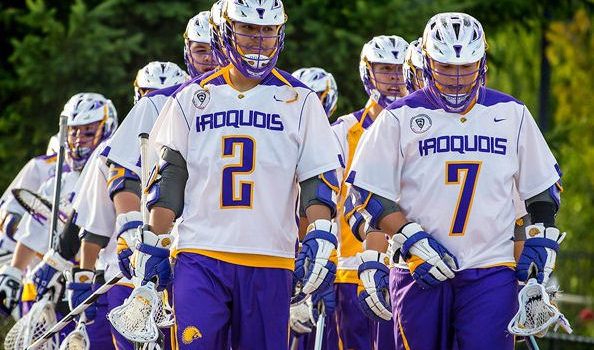 “It’s simply the right thing to do, as much as our players would have been honored to compete, we know the right thing is for the Iroquois Nationals to represent our sport on this international stage.”

The Iroquois Nationals are headed to the men’s lacrosse field of the 2022 World Games.

Ireland has pulled out of the eight-team competition, clearing a spot for the Iroquois. The Iroquois were originally denied a place in the field by the International World Games Association. The IWGA then reversed course and said the team was eligible if it met yet-to-be determined criteria.

Eight teams were selected to participate based on where the team finished in the 2018 Federation of International Lacrosse World Championship.

The team was ruled ineligible because it does not represent a sovereign nation and do not have an Olympic Committee. But in August, the IWGA said it was willing to reverse course if a place could be found for the Iroquois team. That's when Ireland Lacrosse stepped up.

The Iroquois finished third in the 2018 World Championships while Ireland took 12th. Wednesday, Michael Kennedy, chief executive officer of Ireland Lacrosse, announced his country is pulling out of the World Games, which will be held in Birmingham, Ala.

World Lacrosse will submit its selection criteria and the list of eight eligible teams for the tournament for approval by the International World Games Association. That list will include the Iroquois.

Lacrosse's roots trace back to the Haudenosaunee Confederacy, which consists of the Mohawk, Oneida, Onondaga, Cayuga, Seneca and Tuscarora Nations

You have gone above and beyond not only for us, but for what you believe is right.
Your actions have spoken louder than words showing everyone the true power of sport, and the spirit of lacrosse.