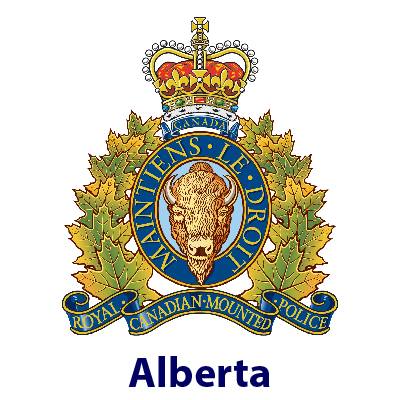 Lac La Biche RCMP originally received a call at approximately 7:34 p.m., of a suspicious vehicle parked at the local bowling alley. The complainant advised that the suspect had their face covered by a red bandana and may of had a weapon. The vehicle was described as a grey dodge pickup truck.

At approximately 8:24 p.m., Lac La Biche RCMP responded to an attempted robbery with a firearm at a gas station parking lot on 101 Ave. It is alleged that an adult male suspect pointed what is believed to be a firearm at the driver of a parked vehicle, and told the driver to get out of the vehicle. The suspect was described as wearing a red bandana over his nose and mouth, a toque and hoodie. A second male suspect was described as also wearing a hoodie and bandana over his face. The complainant drove away and was briefly followed by the suspect vehicle. The vehicle was described as a silver Dodge half ton truck. Extensive patrols were conducted in relation to these calls, however the suspect vehicle was not located.

At around midnight, Boyle RCMP responded to an armed robbery at the Petro-Canada in Grassland, Alberta. It is alleged that an adult male approached the victim’s vehicle and pointed what is believed to be a firearm, demanding him to get out of the vehicle. The suspect is described as an Indigenous male, approximately 5’6″ to 5’7″ tall, slim build, wearing a Red bandana with white polka dots covering his face, a dark blue jacket, dark jeans and tanned leather gloves. A second vehicle and suspect were involved, blocking the victim’s vehicle in between the two suspect vehicles. The second vehicle is described as a green/blue, older model GMC truck, extended cab, with tinted windows. The suspects fled the scene in the GMC truck described above, and the victim’s 2017 grey Nissan Altima, bearing Alberta licence plate CCG 2506.

At approximately 01:45 a.m, Boyle RCMP responded to a report of an armed robbery at the Petro-Canada in Wandering River, Alberta. It is alleged that an adult male opened the front door, stood in the doorway and asked the employee for money. While the employee was at the till, the suspect fired a single shot before fleeing in a dark grey Nissan Altima. The male suspect was wearing a dark hooded jacket or sweater, blue pants and a red bandana over his face, carrying what is believed to be a long barrelled firearm. No injuries were sustained.

Lac La Biche RCMP Corp Roxanne Genereaux says security camera images of the suspects and vehicles are expected to be released to the media and public in the near future.

These incidents are still under investigation and the Lac La Biche and Boyle RCMP are searching for the suspects and associated vehicles.