Murray Sinclair to retire from Senate 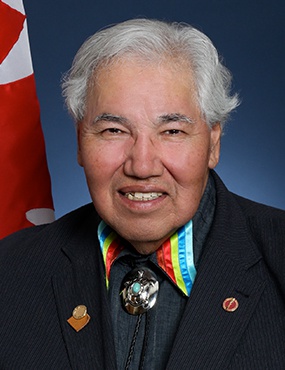 Sen. Sinclair says he will focus on writing his memoirs and mentoring lawyers in Indigenous law.

Sen. Murray Sinclair is retiring from the Senate to work on mentoring young lawyers in Indigenous law and to write his memoirs.

"Since working on the [Truth and Reconciliation Commission], we have seen a shift in how our country understands and speaks of residential schools and Indigenous issues in Canada," Sinclair said in a media statement.

"I leave the Senate feeling happy with how things are progressing and knowing that reconciliation will take a long time. I will continue to work on this for the rest of my life."

Sinclair, who will officially leave the Red Chamber on Jan. 31, 2021, was the first Indigenous judge to serve on the bench in Manitoba and only the second Indigenous judge appointed in Canada.

He worked in the justice system in that province for more than 25 years, serving as the co-chair of the Aboriginal Justice Inquiry in Manitoba and as chief commissioner of the Truth and Reconciliation Commission.

Appointed to the Senate on April 2, 2016, he has worked to protect Indigenous languages and child welfare and establish a national day for truth and reconciliation.

"My tenure as senator has been a remarkable opportunity to serve the people of Manitoba, which I have striven to do with pride and humility for the last five years," Sinclair wrote in a letter to Gov. Gen. Julie Payette last week.

Sinclair was an adjunct professor of law at the University of Manitoba and has won the National Aboriginal Achievement Award, along with the Manitoba Bar Association's Equality Award and its Distinguished Service Award.

Senator Murray Sinclair, Manitoba's first Aboriginal judge and second appointed in all of Canada, is writing his memoirs about his remarkable life and career.

Sinclair said he was inspired by his granddaughter to write his memoirs.

"The year before my granddaughter was born, I had suffered a minor stroke," he said.

"It took about a year to get back to normal. When she was born, I was visiting with her and with her parents and I remember thinking that I may not be around when she grows up. My granddaughter may have questions that only I can answer. She doesn't know my family — my grandmother, my grandfather, my father — or where we came from. I decided I was going to start writing things down for her."

Sen. Murray Sinclair will officially retire from the Senate on Jan. 31, 2021