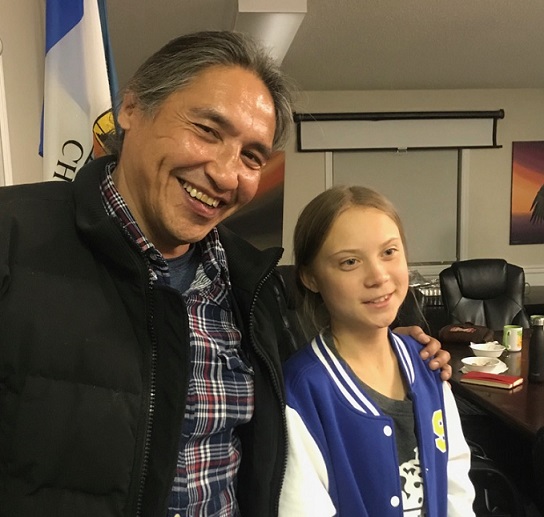 “I don’t know why the world is so scared of her. She stands about four feet tall and she’s probably, I’m guessing about 110 pounds, that’s about it,” - Chief Allan Adam

The chief of a northern Alberta First Nation says he gave climate activist Greta Thunberg a message during a quietly arranged meeting in Fort McMurray on Friday night.

Athabasca Chipewyan First Nation Chief Allan Adam says he told the 16-year-old Swede that Europeans are major investors in the area’s oilsands, and she needs to get people to lobby those investors for greener technology to extract Alberta energy.

Adam says the meeting in a Fort McMurray office was arranged earlier this week, and was kept secret in order to prevent pro-oilsands campaigners from disrupting it.

Members of ACFN are active in traditional activities such as hunting, trapping and gathering – which are all impacted by the effects of climate change.  ACFN is also one of several First Nations in the Athabasca region seeking a just transition toward a carbon-neutral economy.

Thunberg was in Edmonton earlier Friday for a rally at the Alberta legislature that drew thousands of people, but also attracted a small counter-rally of trucks that drove past, blasting their horns.

Chief Adam says it was a privilege to meet with Thunberg, and says she mostly just listened to him talk about the history of First Nations in the area and their concerns about oilsands development.

“We talk to our kids every day and sometimes our kids give us meaningful answers that we are looking for.”

Thunberg also met with Mikisew Cree First Nation Chief Archie Waquan for an interview that was filmed by a BBC documentary crew. 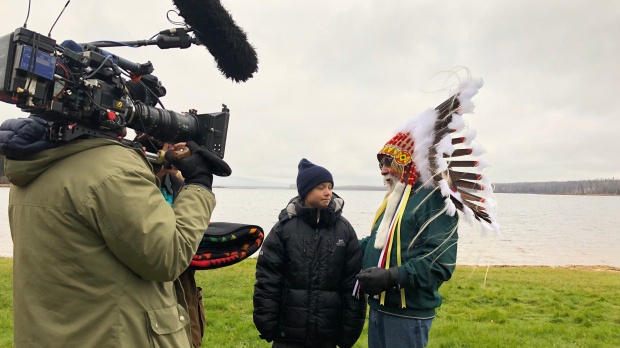