Oversized load traveling from Edmonton to Fort McMurray this week 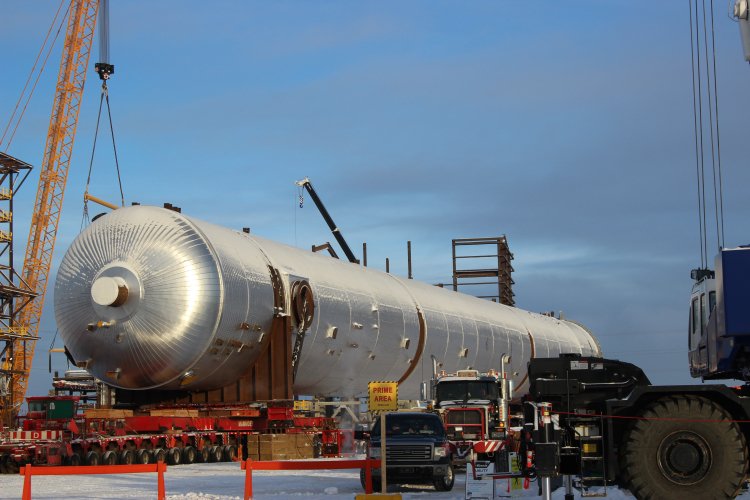 Beginning on Sunday Jan 26, a 96-metre-long vessel will leave Edmonton, heading through Strathcona County on a one-week journey to its destination north of Fort McMurray.

The pressure vessel, called an evaporator, treats water for oil sands steam generators, according to a media release from the Government of Alberta. The vessel is about as tall as a telephone pole and as long as a football field.

On Sunday night, The oversized load will leave Edmonton using the following route:

On Jan. 28, the load will arrive in Two Hills in the early evening, according to the timeline provided. It will then leave Two Hills at 7:30 a.m., Jan. 29. The load will travel to Radway, where it will stop before continuing north.

The vessel will be in Fort McMurray on February 1 from 12 a.m. to 6 a.m, stoping at the Voyager Overpass.

The load will move with pilot and escort vehicles and use the entire width of the highway, including the shoulder.

Drivers travelling behind the load will experience delays as the load will be moving below the posted speed limit and may pull over periodically.

On some sections of the route, the load will be travelling against the flow of traffic, escorted by guide vehicles. Lanes will be blocked off accordingly.

Drivers are reminded to watch for guide vehicles and flag people.