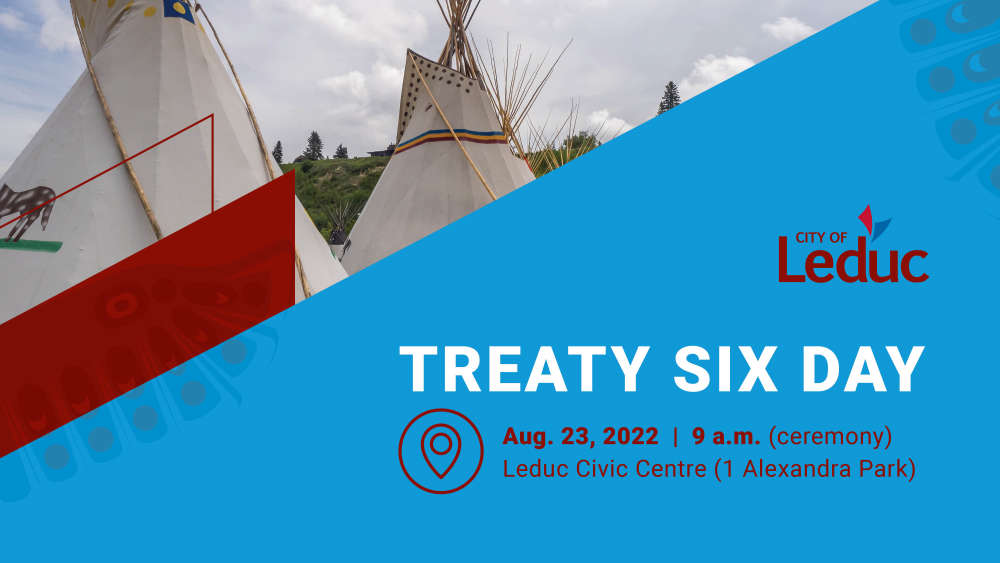 "Honouring the treaty relationship is key to achieving lasting reconciliation with Indigenous peoples.”

The City of Leduc welcomes everyone to join a ceremony to mark Treaty 6 Day in Alberta, Aug. 23, 2022. The city will host a flag raising of the Treaty 6 and Métis Nation flags once they’ve been blessed and smudged, with tea and bannock to follow.

“Treaty 6 Day provides us the opportunity for reflection on what treaty means to our community: to learn about historic and modern treaties in Canada, to understand treaty relationships and rights, and to recognize that ‘we are all treaty people,’” says Leduc Mayor Bob Young. “Honouring the treaty relationship is key to achieving lasting reconciliation with Indigenous peoples.”

The event runs from 9:00am to 12:00pm on the following dates.
Select a date to add this event to your calendar app.