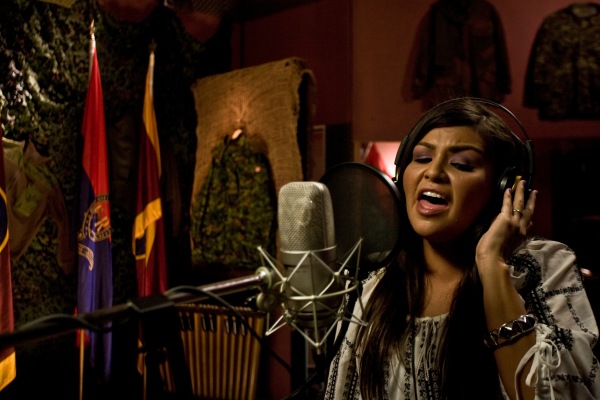 Crystal Shawanda was born in 1983 in Wikwemikong First Nation, Manitoulin Island, Ontario.
Crystal Shawanda grew up on the Wikwemikong reserve on an island in Ontario, Canada, Her parents raised her on Country music and taught her to sing and play guitar, but it was her oldest brother who introduced her to the blues. He would hang out in the basement cranking Muddy Waters, B.B. King and Etta James, and Crystal would sit at the top of the stairs, straining to hear those soulful sounds. There was a part of her that often wandered if she would ever be able to sing like that. And when no one was home, Crystal would practice singing the blues.

She learned early on, by observing her family, that music was like cheap therapy. That’s what the blues is all about: releasing and healing. While she was secretly pining to be a blues mama, out on stage it was Patsy and Loretta. She started performing country when she was six and started getting paid gigs when she was 10, relentlessly playing every stage she could.