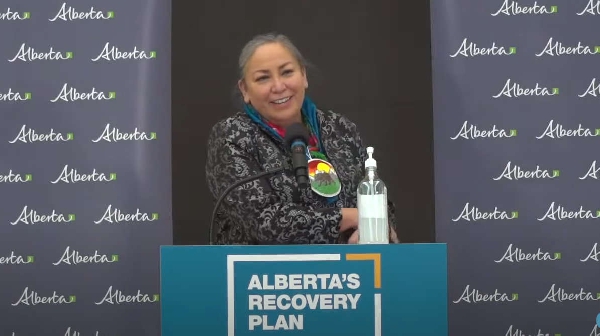 The Alberta provincial government is making the financial contribution to encourage women to pursue careers in high-demand fields.

On Tuesday, the government announced $1-million was added to post-secondary education bursary programs to further improve accessibility and encourage women to pursue a career in the fields. Both Bow Valley College and NorQuest college will receive $400,000 of the total investment while Yellowhead Tribal College will receive the remaining $200,000.

“With this funding, the college expects to produce workforce-prepared STEM graduates who will possess the knowledge, skills, abilities and networks to successfully transition into STEM employment opportunities,” she said.

While women make up half of the province’s population, they only account for approximately one-third of enrolments and graduates and an estimated 25 per cent of the workforce.

The increase in funding comes shortly after the province announced $1.9-million would be put toward a two-year Research and Innovation Grant designed to skills development training for women in information technology.

Whitney Issik, Associate Minister of Status of Women, explained the announcement, which occurred on International Women’s Day, signified a call for action to further facilitate female success in school, work and life in general.

“These bursaries will help more women pursue fulfilling and in-demand careers that will help build Alberta’s future,” she explained.

“Through this investment, Alberta’s government is expanding the impact of the government’s Women in STEM and Persons Case Scholarships, which are supporting a record number of students this year with close to a million dollars in funding.”

Four-hundred students will receive a one-time $2,500 scholarship this year.