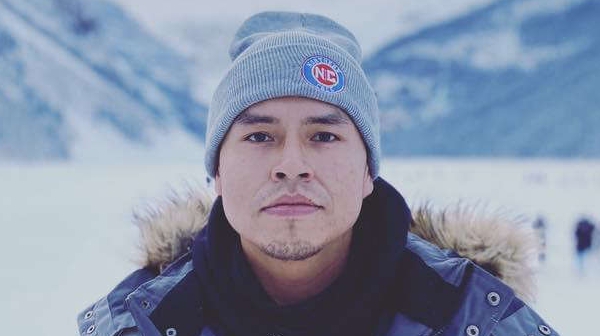 The 'Northern Cree' singer gone solo is looking to capture Traditional Indigenous Artist of the Year and encourage Indigenous people to stay true to their roots.

An emerging local artist is looking forward to the weekend with hopes of representing Canada's Indigenous community on the big stage.

Joel Wood is a Plains Cree artist from Maskwacis, Alberta and one of five nominees for Traditional Indigenous Artist or Group of the Year at the 2022 Juno Awards.

The independent artist is no stranger to the music industry as he's also been a part of the widely recognized powwow, round dance drum group, Northern Cree, which was co-founded by his father, Steve.

Now pursuing a solo career, Wood said he was cautiously optimistic about receiving a nomination for this year's award show.

“It was live on YouTube, and I tuned in sitting there with my family having coffee and, you know, not really getting my hopes up too much,” he recalled.

“Then the category came around, and I believe I was the second person that they announced. When I’d seen my picture pop up with my name and my album, I can't even describe how I felt. I was just so excited and very proud.”

His debut solo album titled Singing is Healing came as a result of his work in 2020 when he participated in various online virtual music contests.

Some of the events required participants to provide original work, which helped start the creation of his project.

“I started fiddling around songs, you know, wanting to have my own material for these contests,” he mentioned.

“Months passed by, and pretty soon we're getting closer to the end of the year there, and I started receiving messages from folks who were very supportive, loving and curious to know where they can download the songs and my music. I didn't have an answer for them.”

There, he began recording his music with assistance from his friends and colleagues in the industry even using his parents basement as a recording studio as it was the quietest spot he knew he had access to.

After winning Hand, Drum, Fiddle, Instrumental Album of the Year at the 2021 Summer Solstice Indigenous Festival, he’s hopeful the spotlight on himself and fellow artists will help his Indigenous community take pride in their identity and cherish their roots.

“It’s not only representing my community, I feel like I'm representing all First Nations across Turtle Island,” he stated.

“Having our style of music be recognized at such an event in the category of Traditional Indigenous Artist or Group of the Year, I can't say enough how proud I am to be representing our people. Our music is beautiful, our music has medicine, our music has a spirit to it. There's nothing like it. It's just so much bigger than me…”

Wood also shared a quote he often heard from his father while growing up.

“If you believe in who you are, where you come from, your identity, your culture, your language, it will take you to places that you've never even dreamed of.”

The Junos are scheduled to take place Sunday, May 15 with musical performances from Arcade Fire, Avril Lavigne and Snotty Nose Rez Kids.

Listen to the radio story here: