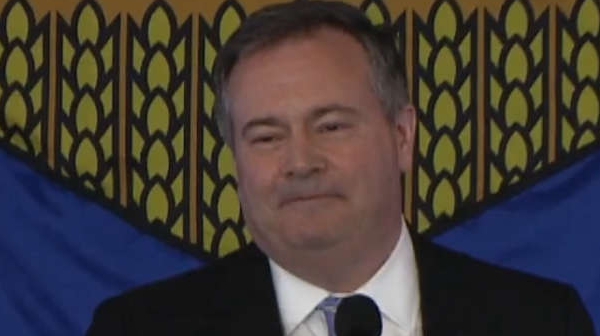 “It is clearly not adequate support to continue on as leader"

Jason Kenney is stepping down as leader of the United Conservative Party and premier of Alberta.

Only 51.4 per cent of the more than 34,000 mail-in ballots cast in the leadership review voted to keep Kenney in charge of the United Conservative Party he helped form, party president Cynthia Moore and Chief Returning Officer Rick Orman announced via livestream Wednesday.

Ballots were sent to eligible UCP party members with a simple question: “Do you approve of the current leader? Yes or No?”

According to party rules, the UCP caucus is required to name an interim leader “at the earliest possible opportunity.”

The next caucus meeting is scheduled for Thursday in Calgary..

Alberta’s MLAs are currently on a constituency break and will not return to sit in the legislature until May 24.