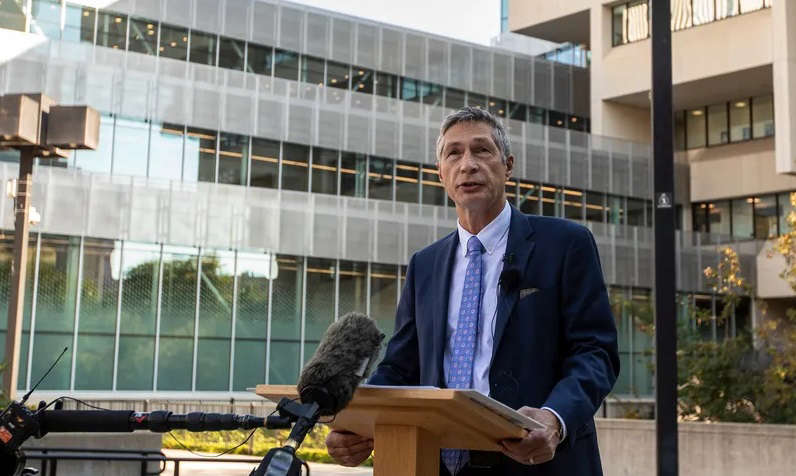 "The one thing that we did not want was another report, What we wanted was an action document."

It includes 20 measures such as ensuring judges and staff have a comprehensive understanding of Indigenous history, heritage and laws, as well as establishing Indigenous cultural practices in courthouses and courtrooms where appropriate.

The strategy incorporates some steps the court had already been taking, Redman said.

It also aims to address several calls to action by the Truth and Reconciliation Commission, such as ensuring lawyers receive appropriate cultural competency training and providing more support for Indigenous programming in halfway houses, parole services and relevant services to inmates.

Meetings are to be held annually between court leadership, leaders of Treaties 6, 7 and 8, and leaders of the Métis Nation of Alberta and Métis settlements to maintain relationships and address community needs.

Redman said this was the strategy's most important measure.

"I think it begins with relationships and learning," he said.

Redman's advisers on the strategy included three Indigenous judges who emphasized the importance of education.

"The court needs to be educated about the needs, the history, the culture of Indigenous persons," he said. "We do a lot of that, but we are challenging ourselves to do it in a more thoughtful, comprehensive way."

The announcement comes two days before the National Day for Truth and Reconciliation.

Redman, who was appointed as Chief Judge in 2020, is from Lethbridge, Alta., and has been practising law since the early '80s.

The Calgary Indigenous Court was established in 2019, encompassing many of the steps included in the Indigenous Justice Strategy.

The provincial court in Edmonton has been operating its Indigenous courtroom since the spring but will hold an official ceremony on Friday morning.

This report by The Canadian Press was first published Sept. 28, 2022.