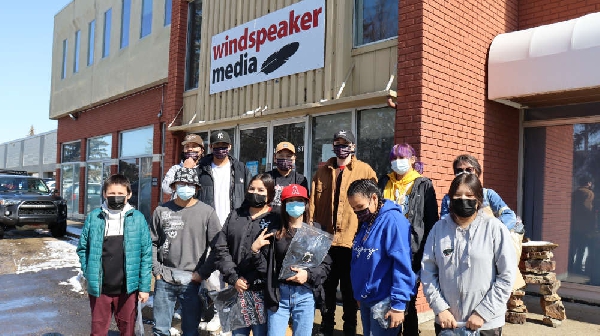 Young Indigenous learners took a trip to Windspeaker Radio and recorded brief segments to educate the public how to speak the Stoney language.

A group of young learners undertook an interactive experience to learn about Indigenous broadcast and the role it plays in cultural revitalization.

On Wednesday, junior high students from Alexis Nakota Sioux Nation’s Stoney language program had the opportunity to participate in a tour of the Windspeaker Radio Network broadcast centre for 89.3 The Raven, CFWE and CJWE. 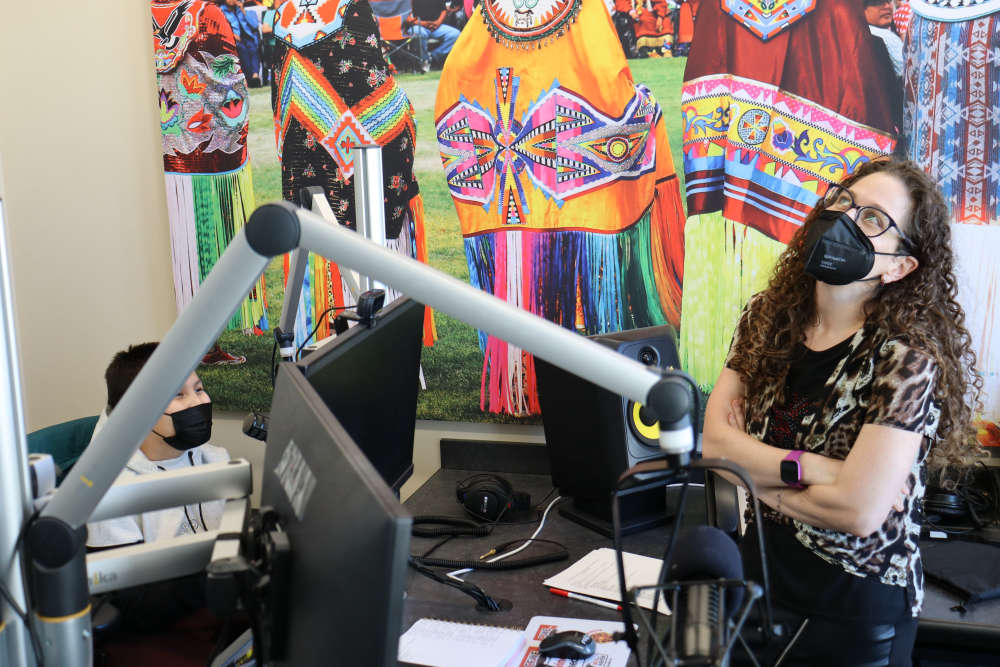 There, they recorded vignettes in their Stoney language which are used frequently throughout broadcasts to educate listeners on how to speak the language in brief segments containing a word or phrase and the direct translation and pronunciation.

In an interview with Windspeaker Radio, teacher Loretta Mustus-Duncan said the student’s involvement in the long-running segment provided them with a rare opportunity share their learnings with the public and help support culture education efforts. 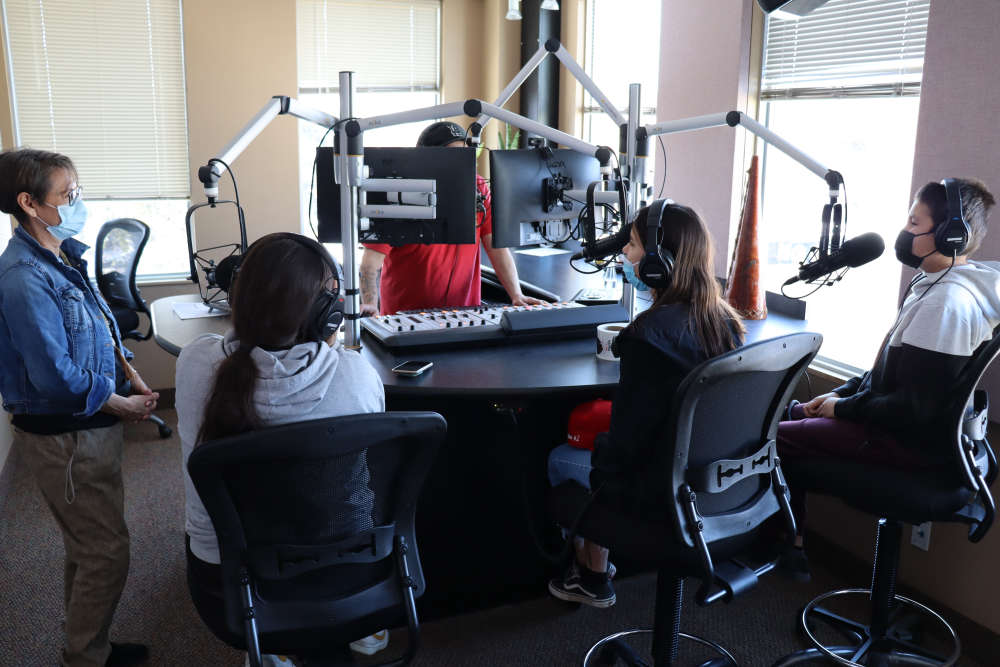 “It's giving them a sense of identity, and from that, they will have self confidence and know that they belong,” she said.

“Whenever they go out into the community, universities and stuff like that, they'll know their place there, and they’ll have the courage to follow their own individual potentials. 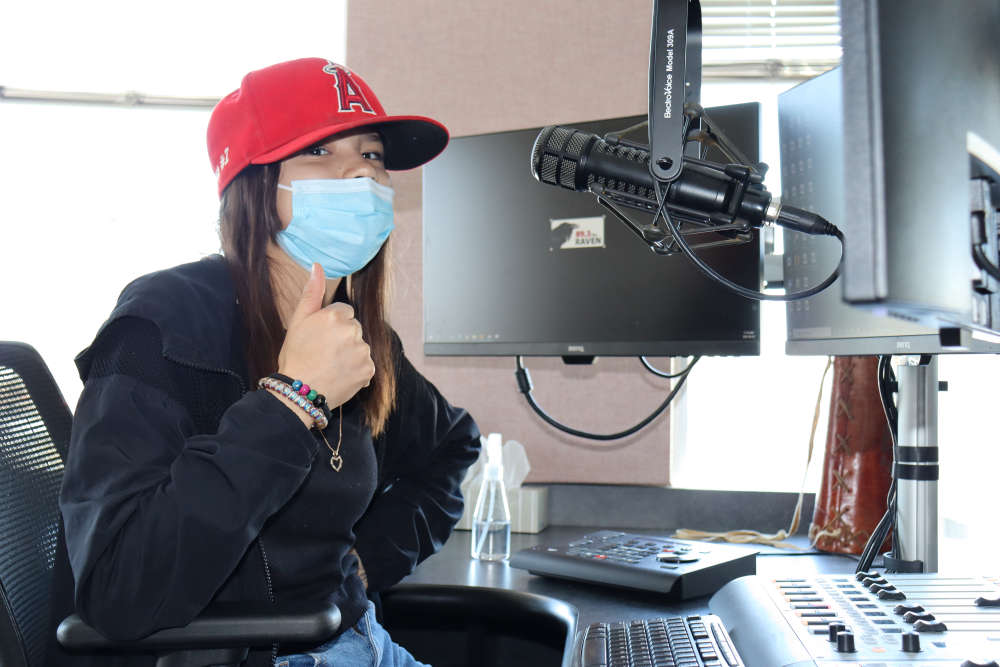 The vignettes play an important role in cultural revitalization and retaining fluent language speakers. The increased public exposure can encourage people to seek education or break down barriers across different cultures as they’re played between songs.

Equipped with hands-on experience, the children were familiarized with a local Indigenous-owned broadcast organization, participated in day-to-day tasks often completed in the career field and develop an understanding of how different products are crafted and prepared to go on air. 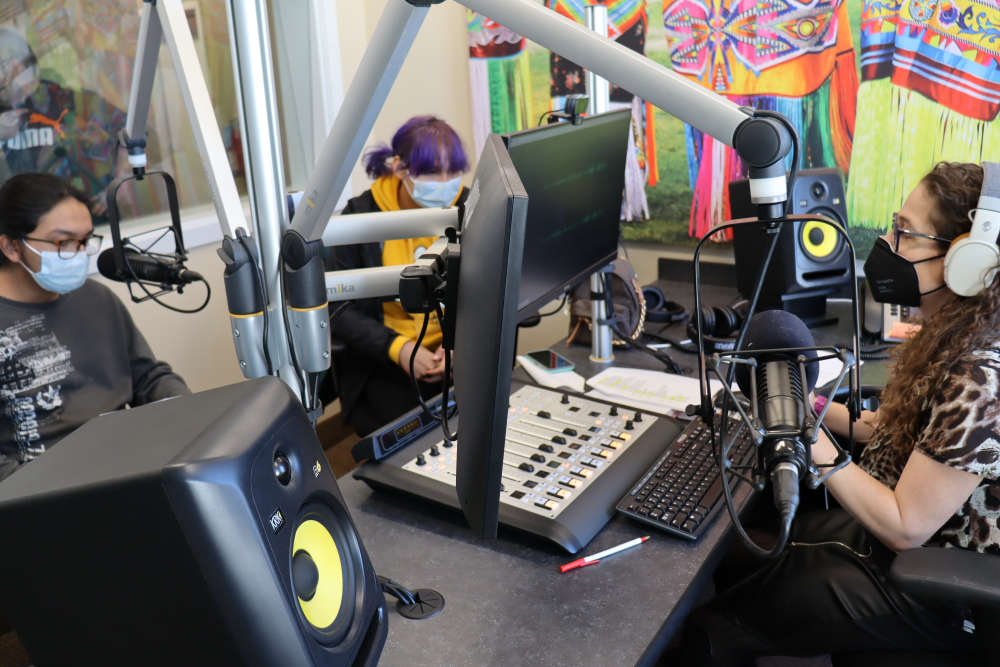 Exposure to these elements of the industry demonstrate an often unseen side of media. It also provides the young learners with the knowledge of how content involving information and entertainment is communicated through several outlets as media continues to increase in prominence.

The students interacted with prominent radio hosts, discussed the career and where their interests laid in the field of work. They were also given branded tee shirts as a reward for their contributions to the project.

Vignettes will be broadcast through all of the Windspeaker Radio outlets.

Listen to Bill LeBlanc's interview with some of the class here.