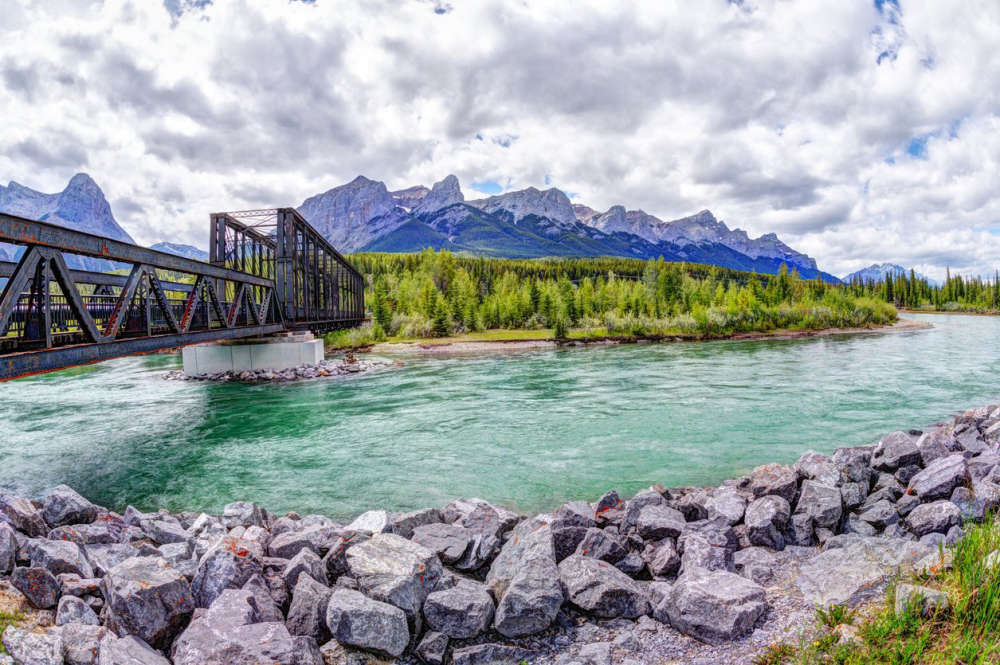 "I do want to stress that while the flows are not being forecasted as being as significant as 2013 … they are significant,” said Calgary’s water resources director Francois Bouchart

Significant rainfall and an above-average snowpack in Alberta's mountain parks has prompted flood warnings for communities along the Bow River.

On Monday afternoon, Calgary declared a state of local emergency as heavy rain continues to hit the city and surrounding communities, which have raised the threat of flooding.

Mayor Jyoti Gondek said the city is making the declaration out of an abundance of caution, mainly so police and fire crews can go door to door to advise people if there’s an evacuation order. It will also allow city water services crews to access properties as needed to protect infrastructure and gives administration some “purchasing flexibility.” The declaration will expire after 14 days and can be rescinded if needed.

The peak river flow on the Bow River is expected Wednesday or early Thursday.

The city expects the rainfall to impact the Bow more than the Elbow and the city is confident in its ability to manage the flow in the Elbow.

The City of Calgary is also constructing a berm near Centre Street and there will be road closures in place around 3rd Street SW and Centre Street effective at midnight tonight.

Rain is anticipated to persist over the area until Wednesday. Locally higher rainfall totals of 150 mm or more are possible.

According to the Town of Banff, trail closures are anticipated along the river and sandbags are being prepared. The town's fire department has readied its response trailer as well as temporary dams to be placed along Birch Avenue.

The Town of Canmore is monitoring groundwater levels, steep creeks and the Bow River. Town officials say issues are expected in low lying areas if the town receives in excess of 50 millimetres of rain.

According to the government’s Alberta River Basin’s website, flood warnings are in effect for the Bow River from Banff to Exshaw, the Little Red Deer River, and the Red Deer River basin upstream of Burnt Timber Creek and along the mainstem to Glennifer Reservoir.

Meanwhile in Central Alberta, The City of Red Deer is asking residents to stay off the Red Deer River as a high streamflow advisory is in effect.  Streamflow advisories are issued by Alberta Environment when stream levels are rising or expected to rise rapidly.

A rainfall warning is in effect for Red Deer, with the current forecast calling for up to 80mm of rain for the city by Wednesday morning, and up to 100 to 150mm of rainfall is in the forecast for the upper Red Deer and Little Red Deer basins. 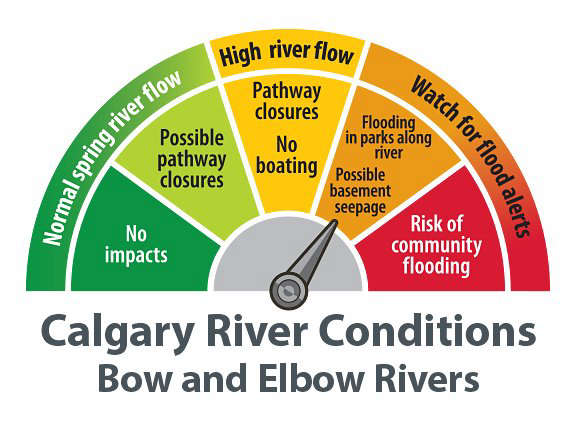