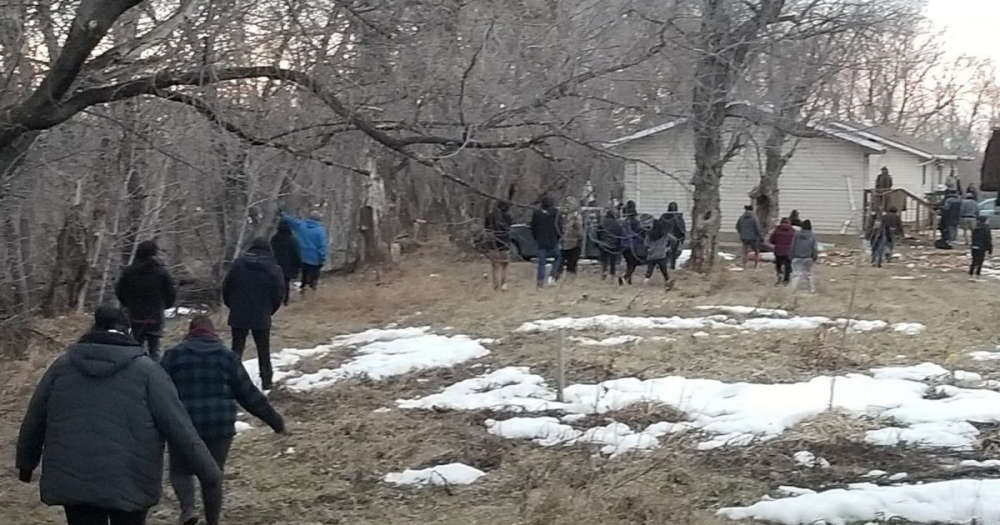 The boy was last seen near his home on the Red Earth Cree Nation, April 19, at approximately 12:30 p.m.

The area of Red Earth Cree Nation in northeast Saskatchewan where Frank Young went missing from is almost 900 kilometres from Edmonton, Alta., but a vigil will be held there nonetheless in the hope Frank is found.

Samantha Meng is planning a vigil at the Alberta Legislature building on Sunday, starting at 8:00 pm.

At first she thought only a few people would be willing to gather to light candles and pray for 5 year old Frank to be found.

“Originally, I thought it was going to be maybe 10 of us and overnight, it just really blew up. It has caught like wildfire,” said Meng.

As a mother herself, Meng was immediately touched when she heard reports of Frank, who has been missing since April 19.

The personal connection she felt has made her want to do something to keep Frank’s name and case in the spotlight in the hopes it might make a difference.

Searchers from across Saskatchewan have been looking along the Carrot River that runs through the Red Earth community for weeks and those that remain are getting tired.

They also need support with resources, like fuel for boats and ATVs and food. The community has put out a call for more volunteers to search.

Meng wants people to know that there are still people who care.

For those that can’t attend the vigil in person, Meng has planned for the vigil to stream online at both the Edmonton Red Ribbon Skirt Project for MMI Facebook group and on the Instagram page; The Wildrose Warriors.

RCMP say they don’t have any information that Young was abducted, so the criteria for an Amber Alert have not been met.

Anyone who saw the boy or has any information about his whereabouts is asked to call the Carrot River RCMP at 306-768-1200.