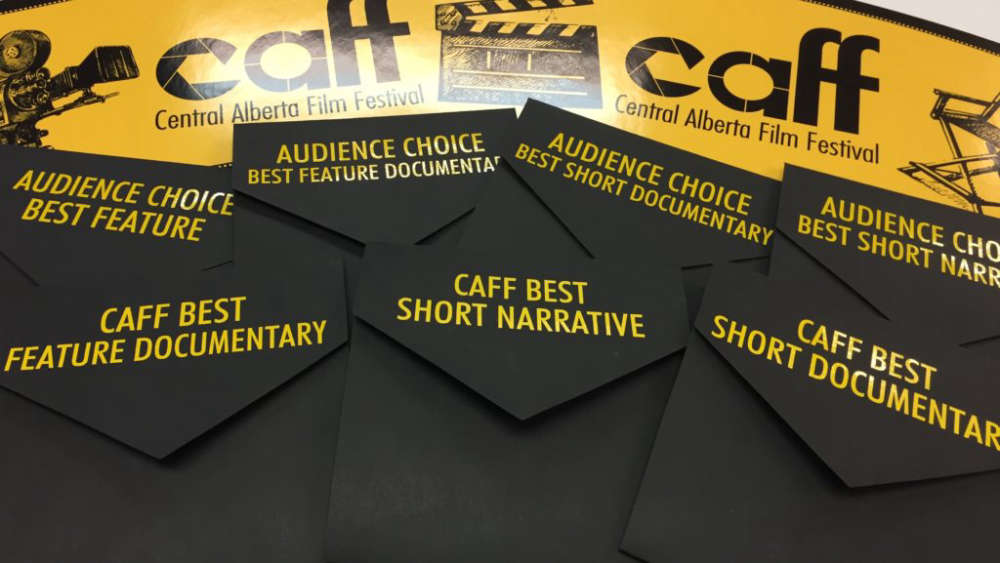 "CAFF is a not-for-profit organization based out of Red Deer, that supports, promotes & celebrates the art of Canadian cinema"

The Central Alberta Film Festival will be showcasing independent films from October 13th to October 16th.  Depending on the ongoing health restrictions at the time, the event will be held at Festival Hall and Carnival Cinemas in Red Deer.

"Living the Warrior Code" is a feature-length documentary about ultra-distance triathlete Scott McDermott of Sylvan Lake, Alberta. McDermott was competing in the 2015 Ultraman World Championships when he crashed on his bike suffering injuries to his head, shoulder, arm and knee. Early on during his recovery, he set a goal to come back and compete again at the same race.

"Connecting Flights" is a feature-length, family friendly film submitted from Red Deer, Alberta. This movie tells a tale of family's journey from England to Canada in an attempt to connect with an unsuspecting family member, who is unaware he fathered a child during his service in the second world war.

"Jasmine Road,” from Calgary, features a widowed conservative cowboy who takes in a Syrian refugee family of Arabic ice cream makers. The director describes the film as a portrait of racially diverse characters coming to terms with universal themes of familial love, loss, identity, recent migration/immigration, and compassionate acceptance of others.

Central Alberta Film Fest will be following all provincial health restrictions and will shift to a virtual event if required. 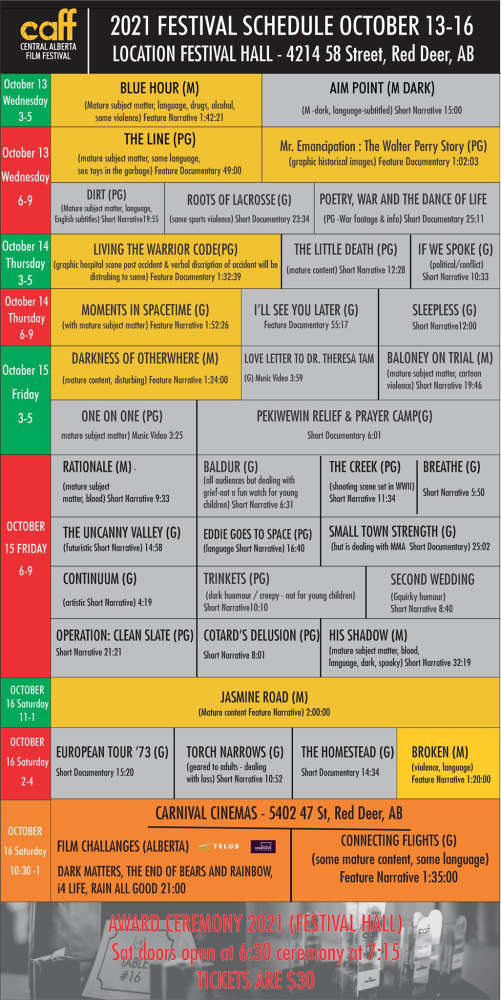