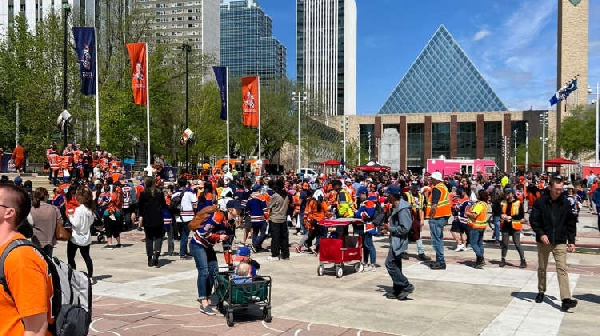 The public gathering creates a safe, inclusive environment for all fans to participate in the united atmosphere during the highly-anticipated playoff run.

As a local hockey team continues down it’s path to the ultimate prize, fans and members of the community are coming together to show their support and provide a boost in momentum.

Edmonton Oilers fans gathered outside of City Hall Tuesday afternoon to show their support for the beloved hockey club ahead of their game 4 matchup against the Calgary Flames. 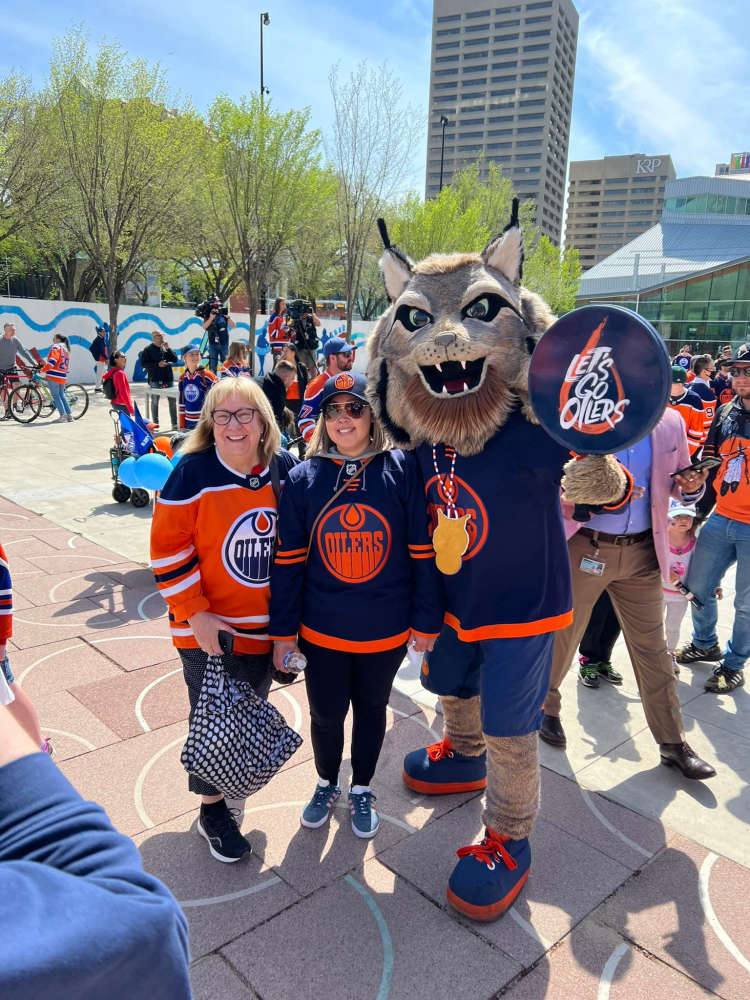 The large crowd of passionate fans came together wearing their Oilers gear and merchandise. Attire ranged from smaller-scale items like hats and socks all the way to grand ensembles and costumes.

Hosted by the City of Edmonton, the pop-up event is designed to be inclusive to fans of all ages so anyone can join in on the action taking place every other night downtown. 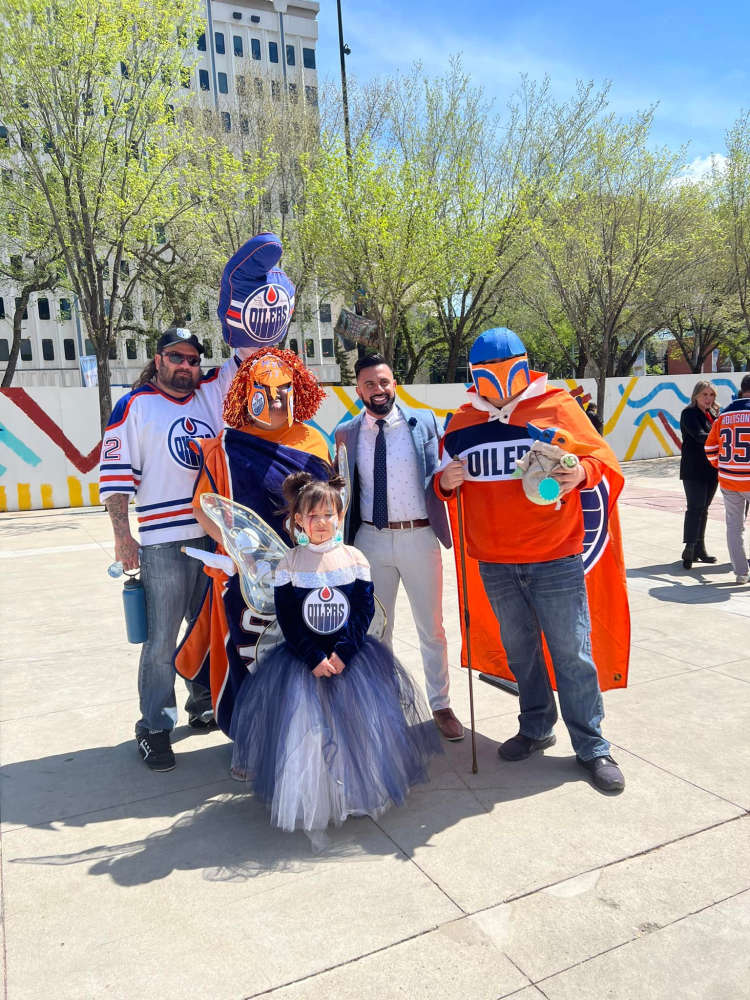 Mayor Amarjeet Sohi stated the gathering provides fans with an experience to bring people together, which he added is something the public has been deprived of for too long.

Recognizable Oilers alumni including Jason Strudwick, Craig MacTavish and Dwayne Roloson were in attendance to connect with fans and let the audience know how significant their support is during playoff games.

A free raffle for a chance to win one of two pairs of tickets to the game had many in attendance hoping for a big score hours ahead of the scheduled puckdrop. 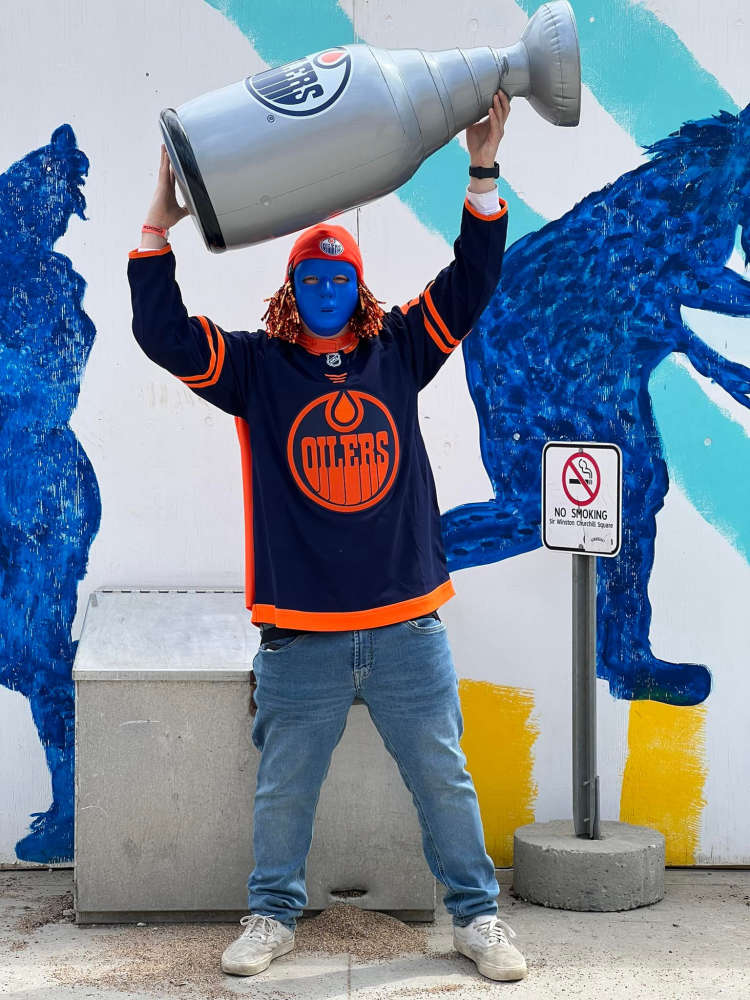 Alyssa Chung, a mother with children, spoke on the effort to accommodate young fans and families into the electric atmosphere as the community continues to demonstrate support all across the city.

The Oilers face off against the Flames at 7:30 p.m.