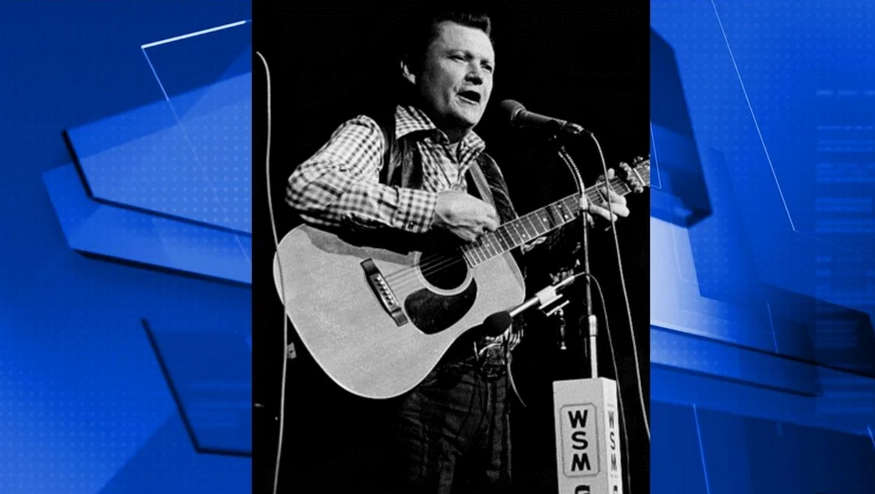 Stonewall is credited with the first “live” album recorded at the Ryman Auditorium, with his Recorded Live at the Grand Ole Opry album in 1971.

"Thank you for all the music and memories, Stonewall Jackson," the Grand Ole Opry tweeted. Saturday night's show will be dedicated to him.

On November 3, 1956, Stonewall Jackson was inducted into the Grand Ole Opry, making him the longest-serving member of the organization.

The Country Legend will be honored during the Opry performance on Saturday night.

Jackson was known for songs like "Waterloo",  and "I Washed My Hands In Muddy Water", which charted more than 40 times on the Billboard country singles chart throughout his career. 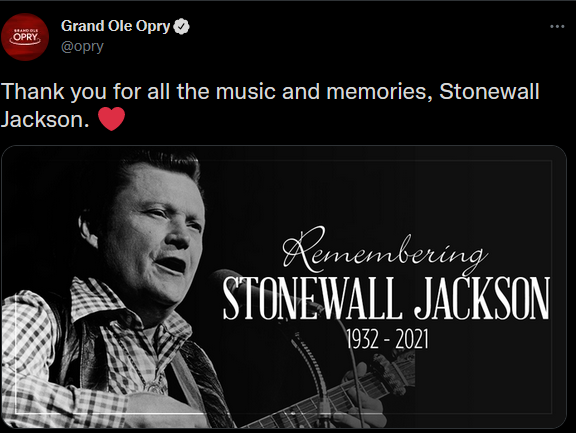