Edmonton Mayor requests $2B in cash from Province 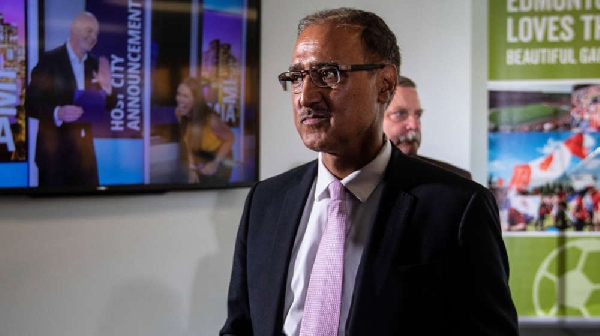 As the province is scheduled to release their fiscal plan next month, Edmonton Mayor Amrajett Sohi has compiled a multi-billion dollar wish list.

It includes funding for affordable housing, upgrades to Commonwealth Stadium as well as money for hydrogen buses.

In November, the province projected a $12.3 billion surplus.

Premier Danielle Smith and Finance Minister Travis Toews received a letter from Edmonton's mayor asking for more funding and he shared the letter on Monday.

Sohi requested Alberta to fund 550 new supportive-housing units and also money towards 48,830 new affordable homes by 2026. No cost to these homes was specified at the time.

"During last year's budget, we pared down our asks to four or five core needs and the province delivered on some of those," Sohi said.

"But the biggest challenge I would say, is the province has not supported Edmonton on the crisis of houselessness, mental health and addictions. And that is really hurting Edmontonians."

Sohi is also requesting the province pay, in part, to buy 620 new hydrogen buses at an estimated cost of $840 million.  An additional $181 million was also requested to expand transit garages.

As for the proposed upgrades to Commonwealth Stadium, Sohi requested $185 million so the facility can host more world class events.

"They are really interested in helping Calgary for their arena. We did not get direct support from the province for our downtown arena other than the Community Revitalization Levy," Sohi said.

Sohi also asked the province for help to expand Edmonton's LRT system and to match any money that Alberta spends upgrading Deerfoot Trail in Calgary.

A date for the release of Alberta's budget has not been announced.