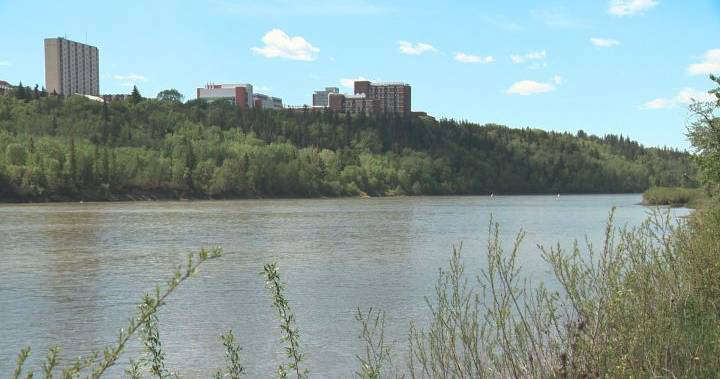 "There are currently more than 100 active missing person cases considered “historical,” meaning they’ve been missing for more than six months"

A number of boats were in the North Saskatchewan River Wednesday morning as Edmonton police and partners conducted their annual search looking to recover any human remains that may have entered in or along the water over the last year.

Wednesday’s search covers about a 75-kilometre region, including the riverbanks and wooded areas along the river, from Parkland County, near Devon, to almost all the way to Fort Saskatchewan.

The search is led by the EPS missing persons unit in collaboration with EPS, Edmonton Fire Rescue Services, the City of Edmonton park rangers and local search and rescue organizations. Police said EPS drones were also be deployed during the search.

This year, police are raising awareness of missing person Jeannine Ermineskin and are encouraging the public to report any tips about her last known whereabouts.

Ermineskin is described as an Indigenous female who stands 5’8” with blue eyes, long blond hair, and thin build. She was 38 at the time of her disappearance, and was last seen wearing a black jacket, black pants, and a red and white scarf. She was last seen on Jan. 6, 2022, and is known to frequent the downtown core.

“While we never want to rule out any outcomes, we do have to consider the possibility that a missing person may be deceased,” says Sgt. Wright. “Unfortunately, searching for remains is one of the investigative tasks we have to complete.”

Anyone with information on Ermineskin’s disappearance can contact Edmonton police at 780-423-4567 or #377 from a mobile phone.