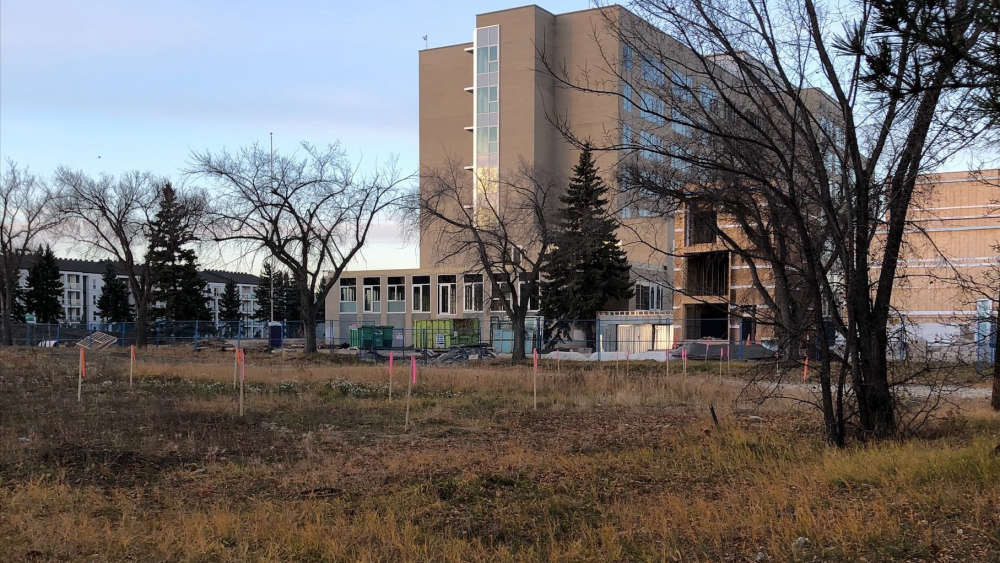 “The kids called it ‘the spike needle,’ and you’d get it [just right] above your knee. And that was very painful because it’s not only the size of the needle,” Bruno says.

Excavation work is taking place Thursday and Friday at the former Charles Camsell Indian Hospital site in Edmonton and could locate human remains.

The Camsell, a government-run hospital that specialized in tuberculosis cases among Indigenous patients, is alleged to have inflicted horrific abuses on people sent there for treatment and accounts suggest there were unmarked burials at the facility.

The hospital first accepted patients as a federally-run facility in 1945, later becoming a provincially-run hospital and closing by the 1990s, according to the Edmonton Maps Heritage website. Former patients reported experiencing sexual abuse and forced medical experiments, surgeries, sterilization and drug testing.

Victor Bruno, 75, is from Maskwacîs First Nation and he tells CFWE about a painful memory while he was hospitalized for 26 months at the Camsell, when he was just six years old.

“The kids called it ‘the spike needle,’ and you’d get it [just right] above your knee. And that was very painful because it’s not only the size of the needle,” Bruno says.

“The kids called it ‘spike needle.’ I didn’t know what that meant until much later, I learned what the ‘spike’ meant — it did look like a nail because of the size of the needle. And then the stuff they put in you, it’s like famine— it stung like a bee. It burned,” he adds. “So, yes, we definitely went through a lot of abuse. I once told my friend, you know, I felt like I went through a torture chamber sometimes. That’s what it’s all about. It’s not nice.”

Ground penetrating radar work was performed this July and 21 anomaly sites were located on the northeast and southeast sides of the Camsell, where stakes with orange ribbons can be seen. They suspect they may discover human remains at the anomaly sites.

Chief Calvin Bruneau is from the Papaschase First Nation. He tells Windspeaker Media that has had family members that were hospitalized at the hospital. He advocated for years to get the loved ones home to have a ceremony and a proper burial for them. He met with Gene Dub, an architect who bought the land and is assisting in the excavation of the east side of the hospital, where eight family dwellings are to be built.

Bruneau expressed his concerns to him about the children that did not make it home from the hospital. After the discovery of graves at the Kamloops residential school site this summer, Bruneau and Dub started to plan for ground penetrating radar work. Neither the province or the federal government was able to help fund the excavation because it was not residential school related and would cost just under $250,000. Dub is paying for the excavation work.

“It's really important as Canadians that we show compassion and concern for these families. I think we owe it [to] them to do this investigation even if nothing is found. We have to show how important it is to them for their healing and for their own and to help them with their suffering,” Dub says.

Bruneau adds that he is here to help with moderating and watching the excavation site: If human remains are found, then the team will have to call the police, the medical examiner and the province.

Other suspected and confirmed burial sites of Camsell patients include Poundmakers Lodge in St. Albert and in Enoch. If they are not located at the Camsell site, then it is suspected that they are in one of those locations, according to an Edmonton Journal article dated Sept. 13, 2021.

CFWE will provide an update on the results of the excavation once more information is available. 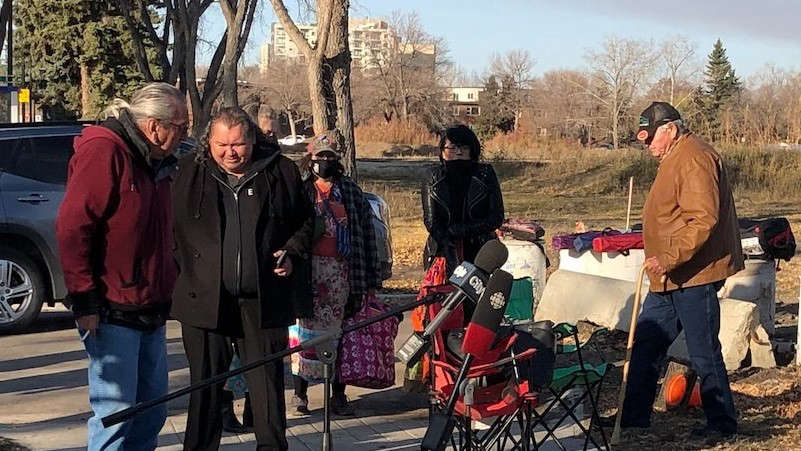 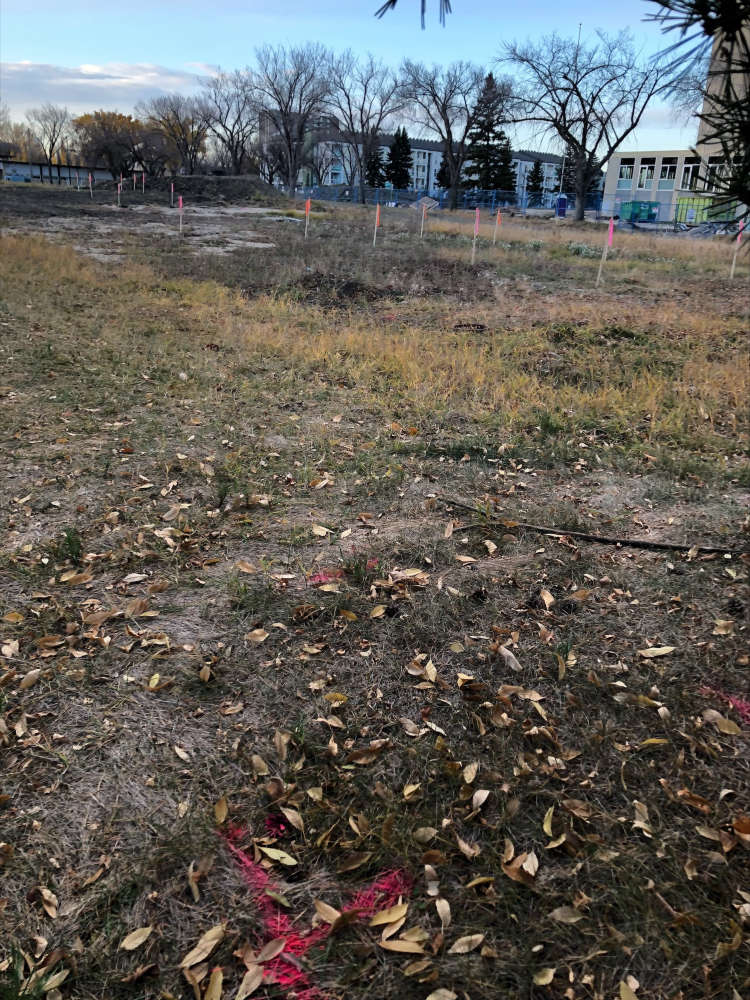 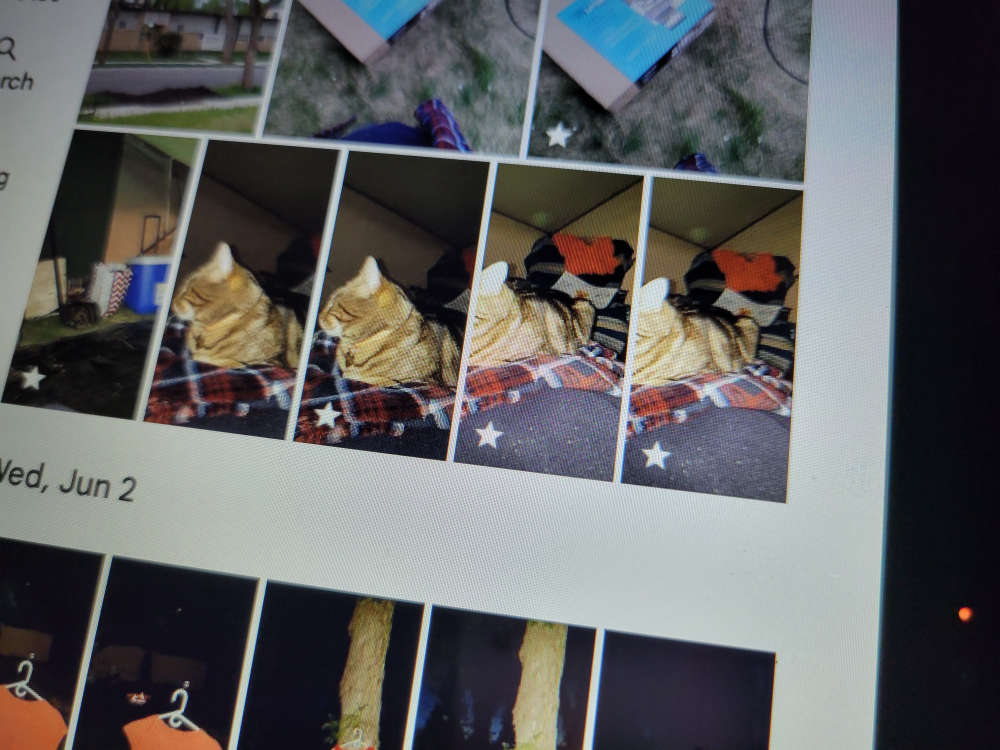 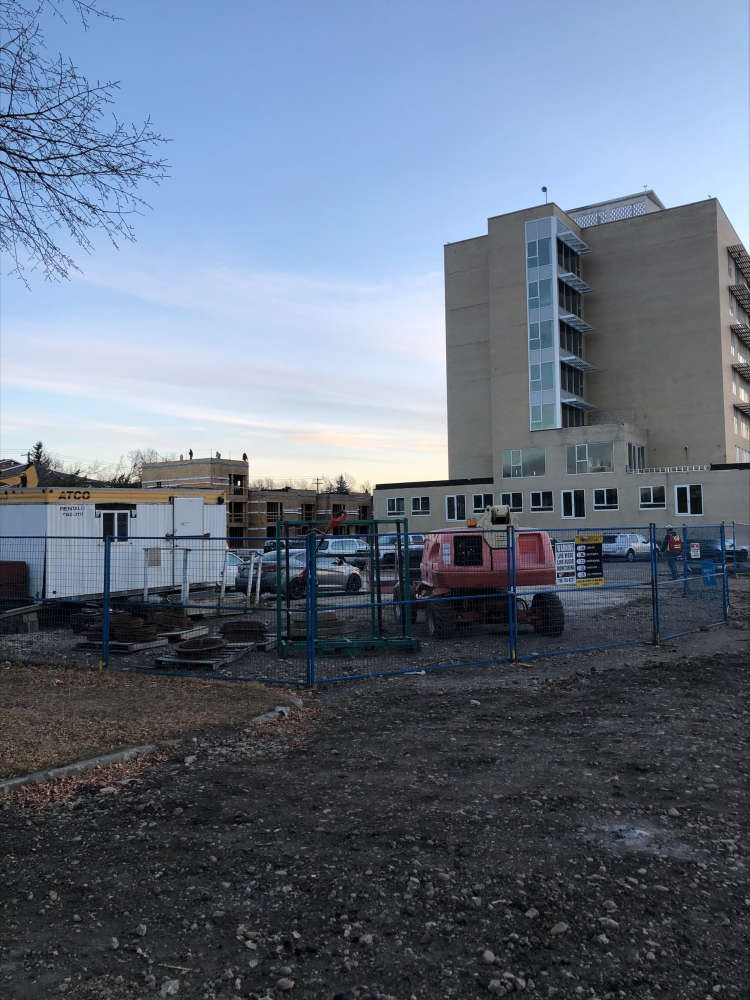 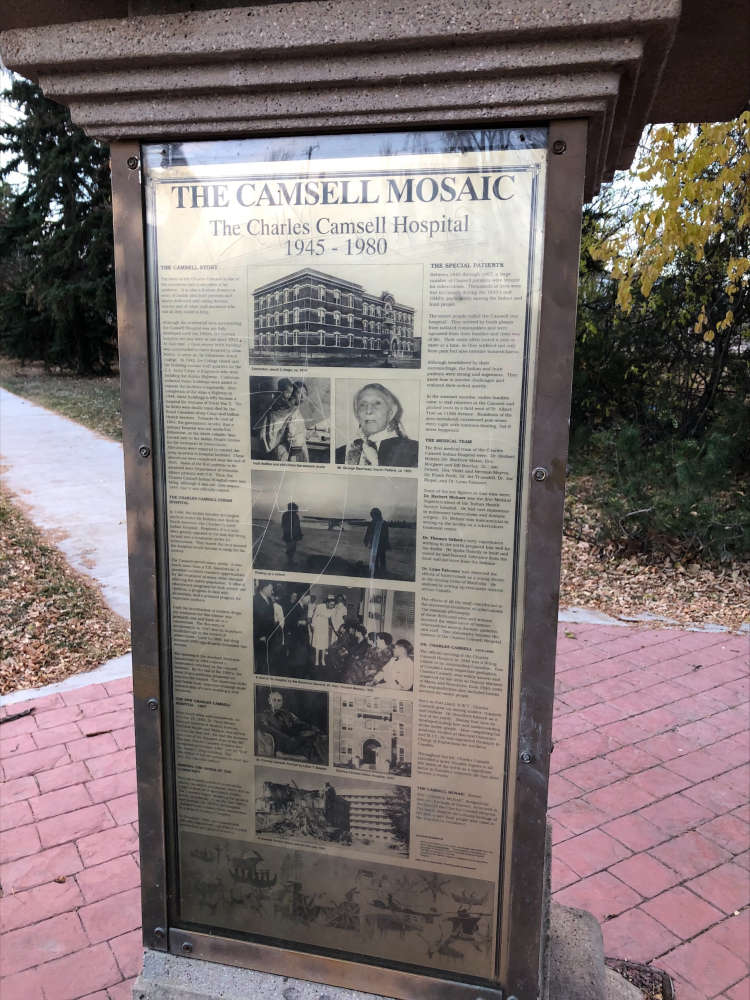 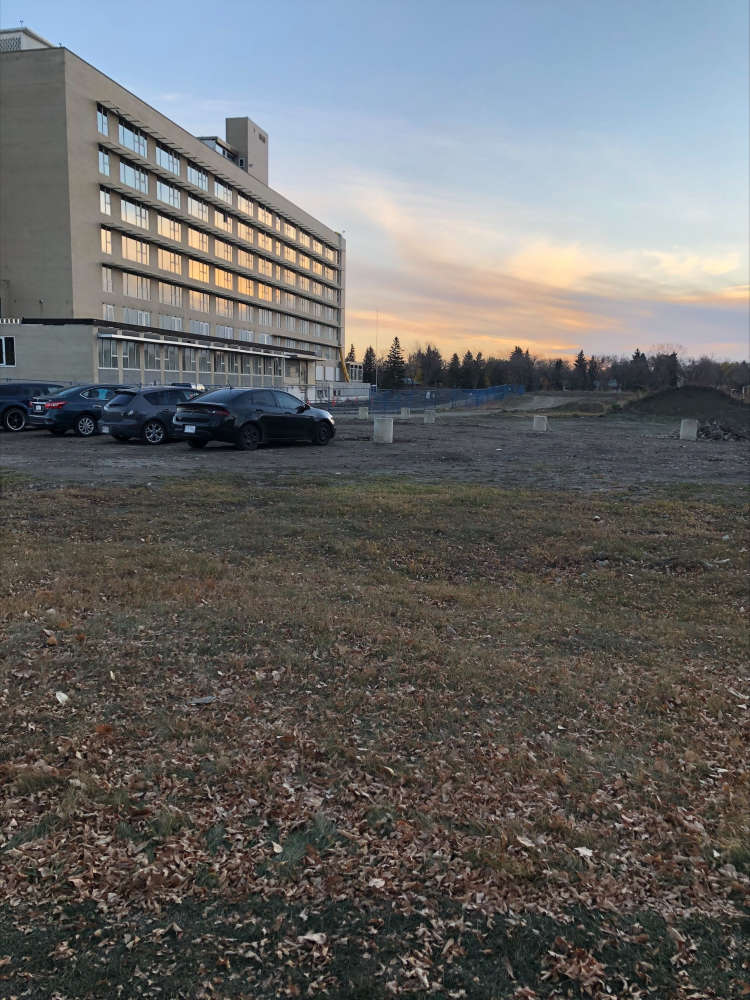 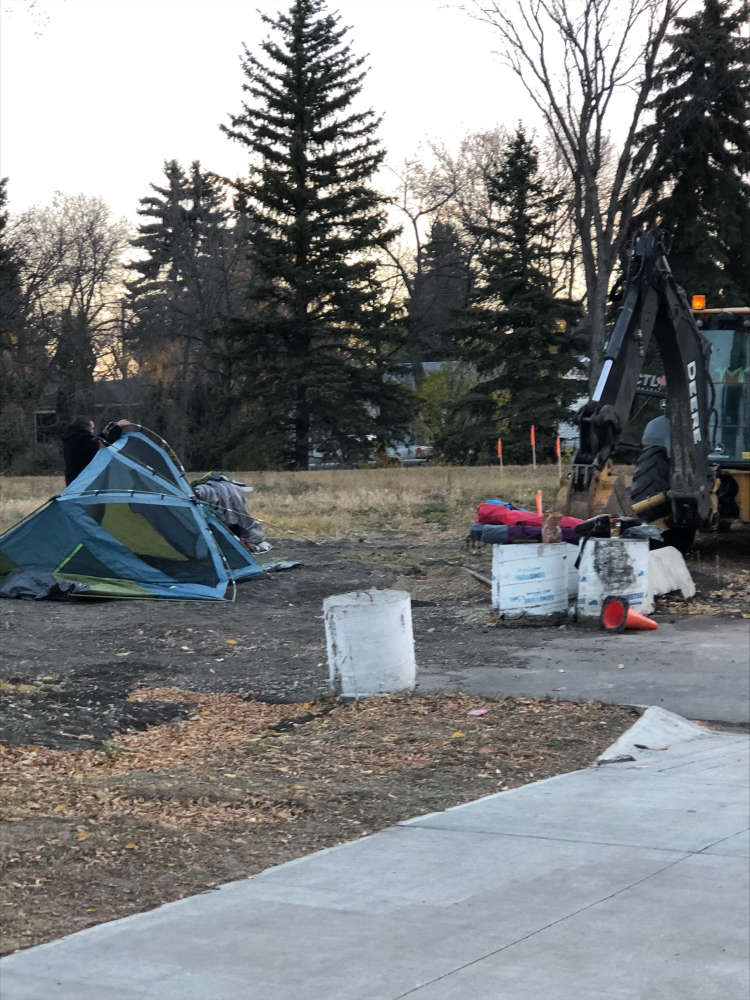