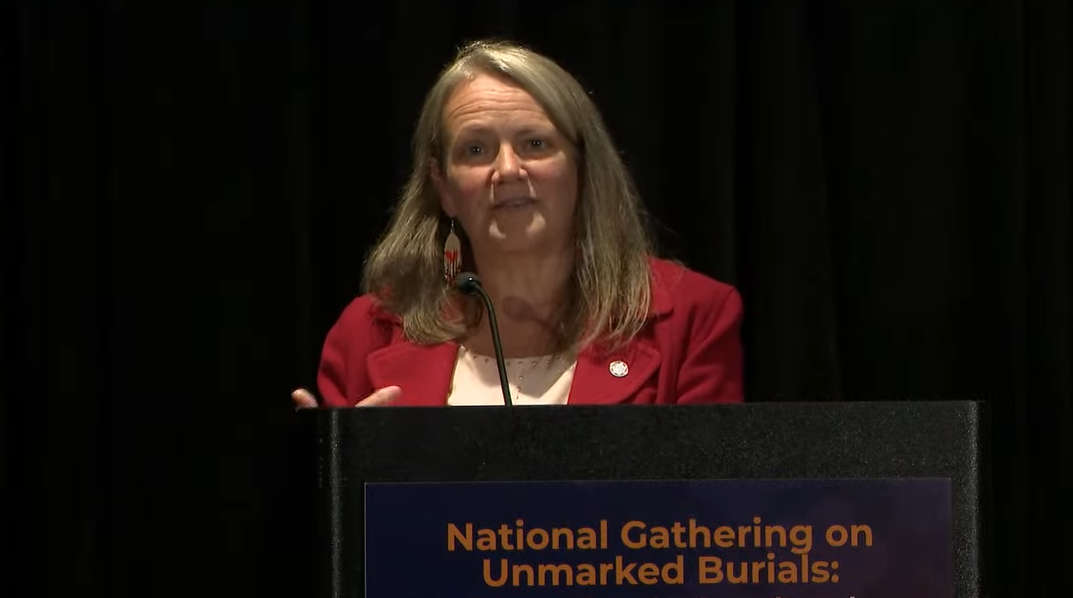 The two-day event in Edmonton was hosted by Kimberly Murray, who was appointed Independent Special Interlocutor for Missing Children and Unmarked Graves and Burial Sites associated with Indian Residential Schools in June 2022.

Recently, a group of Indigenous survivors, First Nations leaders, Canadian government officials, and church representatives gathered in Edmonton for the first national discussion on unmarked burials and the recovery of missing children from Indian residential schools.

The smell of burning sage filled the banquet hall of the Westin Hotel as Indigenous elders, youth and women wearing colourful ribbon skirts listened to presenters at the two day event.

More than 150,000 First Nations, Métis and Inuit children were forced to attend government-funded residential schools in Canada between the 1870s and 1997. Many never came home.

Since May of 2021, the remains of 1,400 Indigenous children have been found in unmarked graves at the grounds of former residential schools across Canada, including 215 in Kamloops, 182 in Cranbrook, and more than 160 on Penelakut Island - all in British Columbia - and 751 in Marieval, Saskatchewan.

Kimberly Murray, special interlocutor for missing children and unmarked burials, called for an Indigenous-led investigation process that would follow Indigenous practices and protocols. This would act similarly to community, coroner and police investigations.

“The work of recovery can be done in ways that respect Indigenous protocols and respects and honours the family, children, survivors and communities,” said Murray.

One of the themes was pushing to get institutions like churches and universities to have records readily available for families of residential school victims.

“I encourage all those institutions to actually look in their archives and do the work, and not sit back,” she said.

Many investigations are being done at former residential schools across Canada following the discovery last year of what are believed to be 215 unmarked graves at a former school site in Kamloops, B.C.

The Truth and Reconciliation Commission has documented stories from survivors and families detailing mistreatment at the schools, including emotional, physical and sexual abuse. It said there were at least 4,100 deaths at the institutions.

Murray said her office will hold another gathering in Winnipeg in November and one in Vancouver in January 2023.