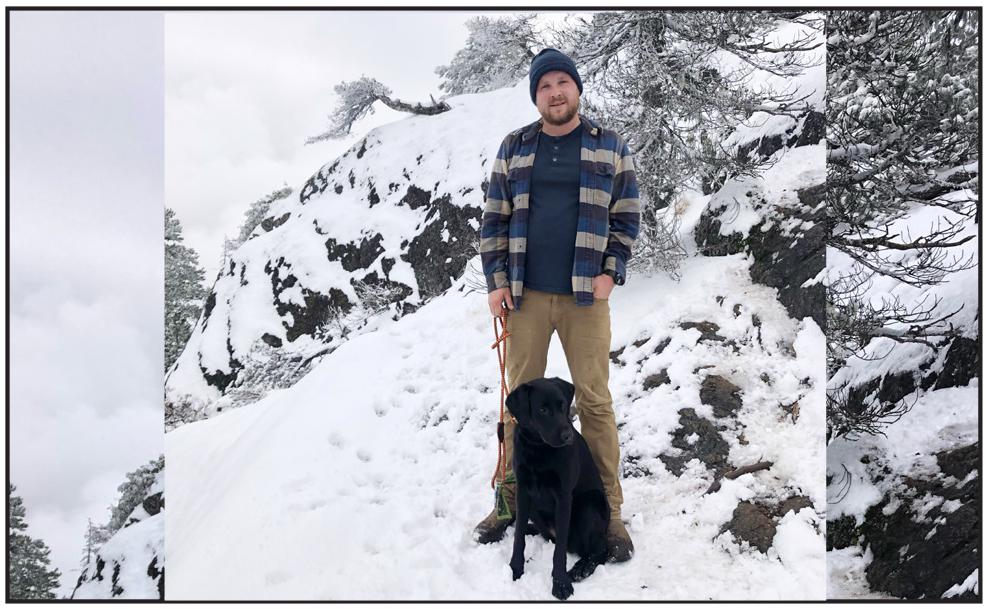 Conor Kerr is manager of the Indigenous students centre and supports at NorQuest College in Alberta.

“We’ve had a tendency to always value in the education system western knowledges over Indigenous knowledge systems, and we should be holding them at an equal or a higher value being on the land that we’re currently on.” — Conor Kerr

Conor Kerr knows personally how important it is to connect to the land.

When he was growing up, he took in the teachings of his Métis grandparents, but he strayed while in high school, college and university. He came back to them when he was in his twenties, grateful that the Elders were willing to welcome him.

“It really helped take me out of places that you basically shouldn’t be, a kind of mental state, I guess. I was able to reconnect with my Métis culture and learn about my Cree heritage …. (I) see the tremendous value and opportunity within these land teachings,” he said.

Kerr will be facilitating a virtual forum on Nov. 19 that will bring together Alberta stakeholders, Indigenous education authorities and Indigenous leaders to examine how to deliver land-based education in kindergarten to Grade 12 classrooms throughout the province, both on and off-reserve.

The focus will be on the science, technology, engineering and math fields, commonly referred to as STEM.

The timing couldn’t be better, says Kerr, noting that education is being re-evaluated and restructured during the coronavirus pandemic.

Along with revisiting what education can look like post-pandemic are two simultaneous issues:  Canada is experiencing a shortage of skilled professionals in the STEM fields and Indigenous youth are facing system barriers to entering STEM.

While Kerr doesn’t have training in the STEM fields, his position as manager of the Indigenous students centre and supports at NorQuest College provides him with hands-on opportunities to work with Indigenous students and get them back on the land through weekend and summer camps.

“As Indigenous peoples we know that land-based learning is where the real education happens. The land is our teacher for everything. We need to be able to move our kids out onto the land where they can actually get the education they need to create those kinds of cultural connections, that historical connection and learn about the reciprocities and teachings that we can get from being in nature.

“And then recognizing the vast knowledges that exist, such as in Indigenous sciences and technologies, in engineering and mathematics that we've known about for forever, but others haven't recognized it necessarily. So it's time to put that first and foremost here,” said Kerr.

Putting the focus on land-based learning will also put Indigenous knowledge where it should be: “at the forefront rather than having it kind of at the side.”

“We’ve had a tendency to always value in the education system western knowledges over Indigenous knowledge systems, and we should be holding them at an equal or a higher value being on the land that we’re currently on,” said Kerr.

He said colonization is to blame for Indigenous knowledge systems being considered inferior to western education systems and for Indigenous children not being allowed to embrace what they have been taught and shown by their mooshums and kokums.

It’s important that Indigenous youth see themselves as educators and leaders, said Kerr, and understand that their traditional knowledge is valued and valuable.

“(These are) important things to pass down so we’re not losing cultural traditions or, as a matter of fact, we’re reforming or building our own new ones for future generations to learn from, too,” he said.

“At the leadership level, we’ll be talking more about the priorities and how we can create the potential for this to become mainstay within our education system,” said Kerr.

The Alberta forum is one of seven virtual regional roundtable discussions that is being hosted by Actua, Canada’s largest STEM outreach network of members at post-secondary institutions nationwide. Other forums are taking place over the course of a week beginning Nov. 16, in Ontario, Manitoba, British Columbia, Saskatchewan, the Northwest Territories and Atlantic Canada.

A national virtual forum will be held Nov. 26 and will engage key provincial ministerial stakeholders, Indigenous leaders, education authorities, policy makers, and senior officials from education institutions. The results of these discussions will lead to a discussion paper that will support implementation of Indigenous land-based knowledge in education systems.

“I want to make sure we’re giving youth the same opportunity to make those same connections, especially when so many of our youth have been disconnected through the colonial process here in Canada,” said Kerr.