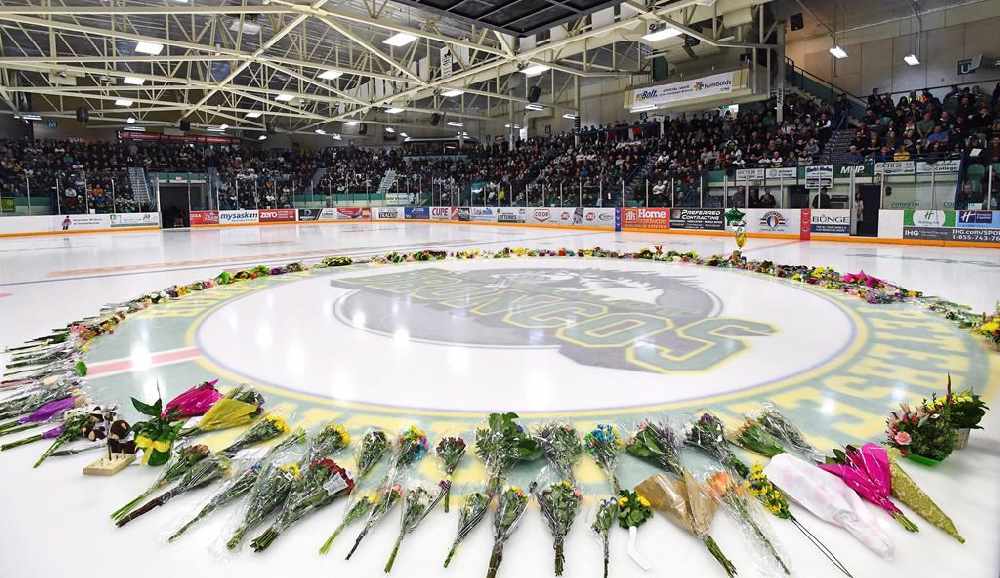 "We encourage bells to be tolled in all communities and to observe a moment of silence at the same approximate moment, if possible,"

A Saskatchewan city says it has a plan to permanently commemorate the deadly Broncos bus crash.

The announcement by the City of Humboldt comes on the eve of the third anniversary of the crash, which claimed the lives of 16 people and injured 13 others.

The plan includes a $25-million tribute centre, which is to have a gallery honouring the victims as well as an arena and a fitness and physiotherapy area.

The city says money for the project has to be raised and it will be at least a couple of years before construction gets underway.

A second committee is looking at a roadside memorial at the crash site, where a semi truck went through a stop sign and into the path of the junior hockey team’s bus.

Humboldt’s deputy mayor calls the tribute centre another step in the healing process for everyone.

The City of Humboldt is also planning a virtual ceremony to mark the third anniversary of the crash.

The service will be livestreamed on the city's Facebook page on Tuesday, starting at 4:30 p.m.

It will include performances by local musicians and a candle-lighting ceremony.

Church bells will be tolled at 4:50 p.m., to mark the approximate time the crash occurred.

This report by The Canadian Press was first published April 5, 2021. 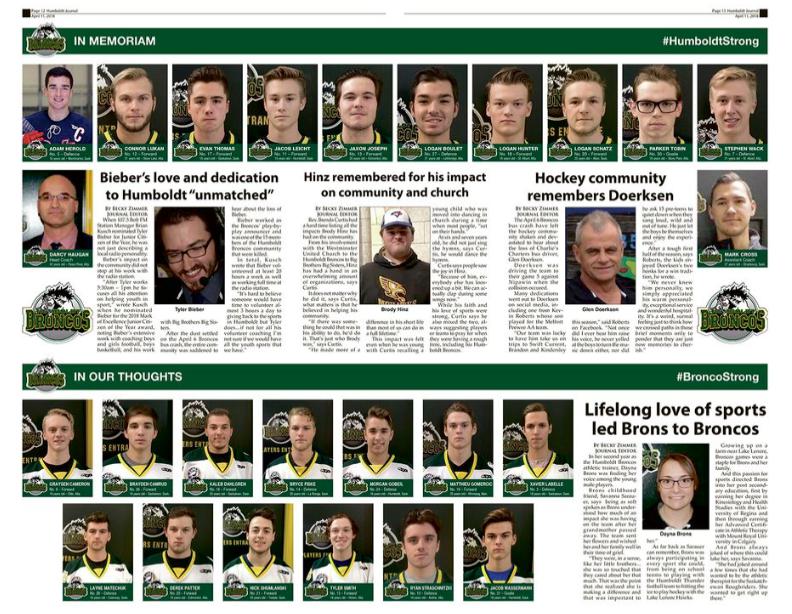