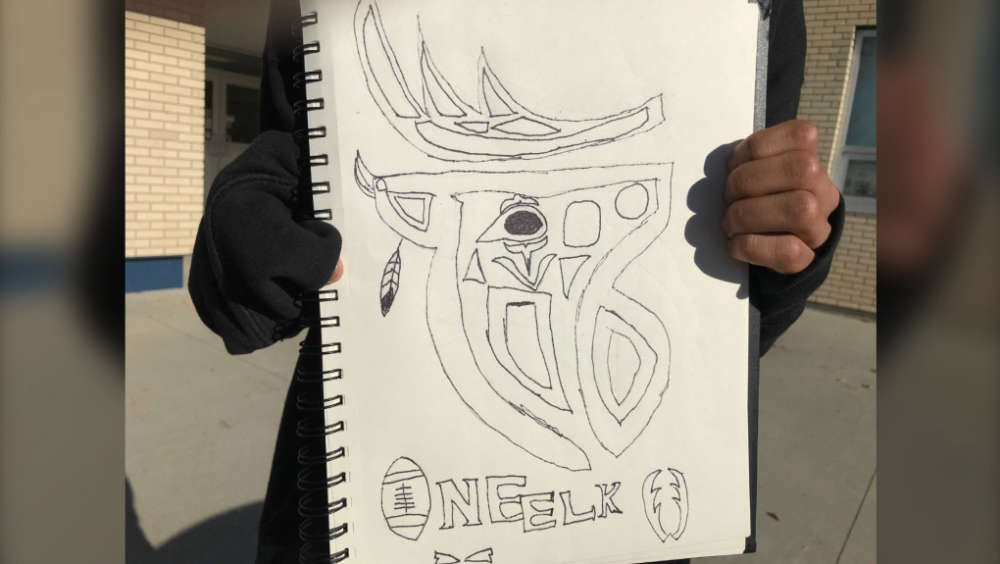 “Anything we can do to educate, to continue to reconcile the wrongs, and to express ourselves first with words and then art, I think it’s a homerun every time,” said President/CEO Chris Presson.

14-year-old Izaiah Masuskapoe decided to sketch out a logo for the Edmonton Elks CFL football team during his art class at St. Thomas More Junior High, in west Edmonton. He was inspired by the BC Lions logo that was displayed on their orange t-shirts for Truth and Reconciliation Day, Sept. 30.

“I did an Indigenous version of their home logo,” Izaiah said.

“Mostly, I knew [the] BC Lions had a logo. I just looked at it and said, ‘oh I should do a Elks.’ I did a first drawing in pencil so I showed my art teacher, Ms. Piekema the drawing and she said like, ‘you should do a much better one,’ and she’ll show it to the Elks. So that’s what I did.”

“I added a feather to it to represent for like the Indigenous children,  [the] survivors of the residential schools.”

Piekema did just that and sent it to Chris Presson, the CEO and president of the Edmonton Elks. The drawing touched him so much he is going to put it on an Elks orange t-shirt.

“It actually did move me in a way I didn’t think it would,” Presson says. “But because he did it in an art class, and his teacher is the one that emailed me and said, ‘I have a student, he’s in Grade 9, here’s the art he produced, here is why he produced it,’ and immediately, you know, just to be that aware and to understand, and to have something that is educational for me, that came from someone in Grade 9, was really such a positive thing. And it’s really from that point: we talked to the leadership team, as to what we can do and how we can benefit him and how we can [help others] benefit  from his work.”

Presson says it’s great to see young artists incorporating reconciliation into their art like Masuskapoe did.

“Anything we can do to continue to educate, to continue to reconcile the wrongs and to express ourselves with words and through art, I think it’s a homerun every time.”

Presson says the logo will be on the orange t-shirts that will become available for sale after Oct.29.

Some of the proceeds of the orange t-shirt sales will go to a charity of Izaiah’s choice. He chose the Stollery children’s hospital, said Daniela Stabile, principal  at St. Thomas More Junior High School.

Stabile is furthering Izaiah’s artistic endeavors too. She approached him  last week about a school art project and said Izaiah agreed to do the school’s logo to put on orange shirts as well.

For further information, check out the Elks Facebook page. 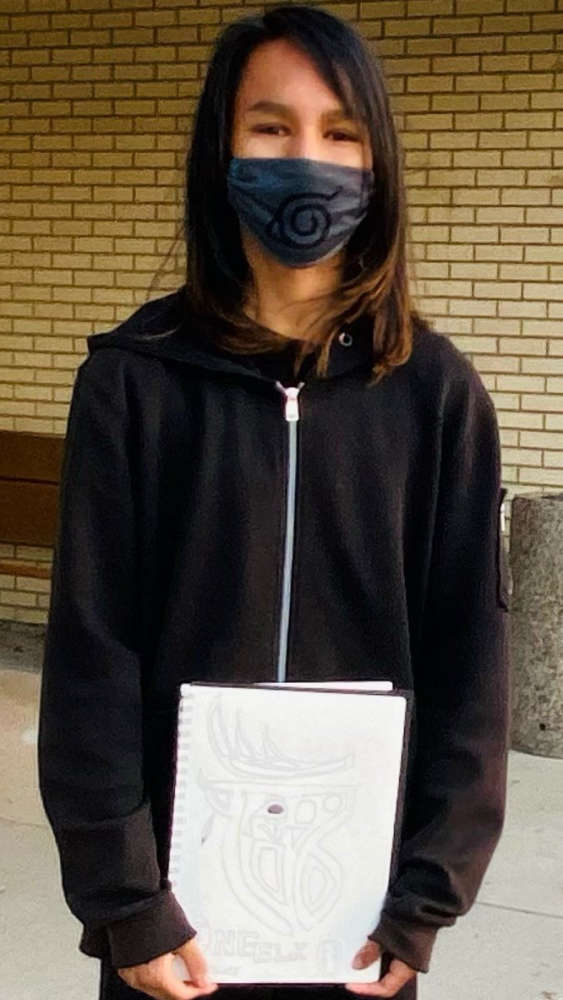