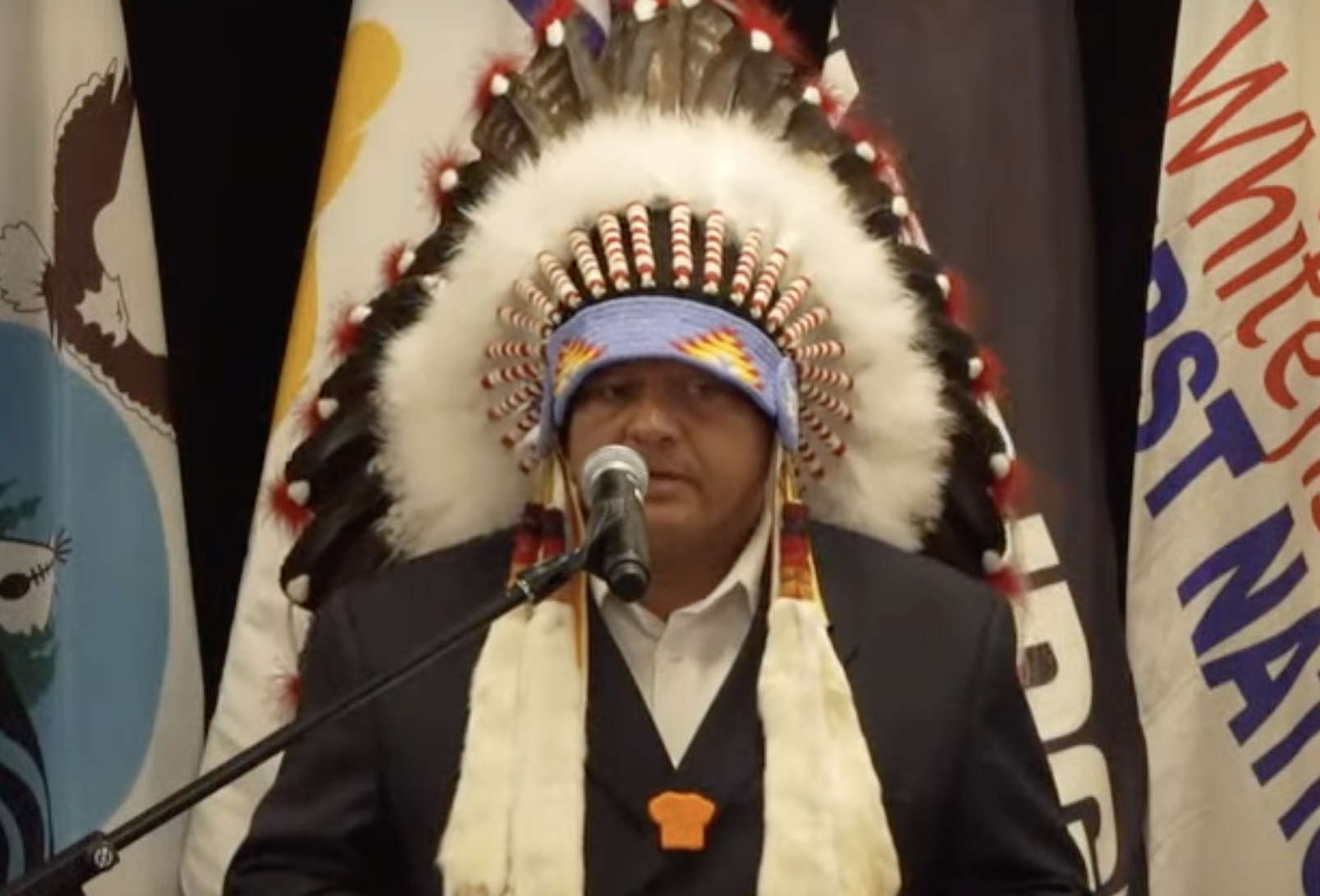 “…our people should not live in poverty of the land of milk and honey.”

That’s because Desjarlais, the chief of Frog Lake First Nation, took part in a news conference on Sept. 28 where it was announced that 23 First Nation and Métis communities had purchased a minority stake from Enbridge in seven pipelines located in northern Alberta.

“Today is truly a significant day for First Nations and Métis communities in the Athabasca region,” Desjarlais said. “It’s a day that brings me great pride because it’s a day that marks the beginning of a new path for our people.”

The participating Indigenous communities acquired an 11.57 per cent non-operating interest for the seven pipelines Enbridge operates in the province’s Athabasca region. The transaction is worth $1.12 billion.

Desjarlais said Indigenous communities didn’t have the ability or capital required to get involved with such a lucrative project in previous years.

“For too long Métis settlements and First Nations fought over small projects like brushing that were maybe a month, two months or three months long,” he said. “And with that you cannot sustain your Nation at all. You cannot build homes with that.”

Desjarlais also said he’s hoping the announcement will have an impact in other areas and result in other lucrative partnerships as well.

“This deal is the benchmark and I too hope the industry and other levels of government are paying attention because our people should not live in poverty of the land of milk and honey,” he said. “Our milk has gone sour somewhere and we need to get back to working together of providing the basics and necessities of water and housing.”

Stan Delorme, the chairperson of the Buffalo Lake Métis Settlement, echoed the thought that he hopes others become aware of the historic deal.

“Hopefully the other industry players are paying attention at this point in time,” Delorme said. “I think you’ve set the bar. You’ve set the bar high enough so that no one can deny it.”

Alberta Premier Jason Kenney also attended the press conference. Kenney, who has served as the premier since 2019, said he has made hundreds of announcements during that time.

“Today is easily one of the most exciting and consequential,” he said of the partnership deal. “This is an historic day for Alberta, for Canada, for reconciliation, for Indigenous people and for our economic future. It’s an historic game-changing deal that shows the way to the future of shared prosperity, of being partners in prosperity, of moving from the talk of reconciliation to the real progress of reconcili-action,” he said.

Kenney added he believes such a partnership deal has been long overdue.

“Indigenous people have, of course, since time immemorial, been the responsible stewards and harvesters of the natural resources of these lands,” he said. “But for too long their people have not been able to fully benefit from the enormous wealth created by Alberta’s oil and gas industry in our natural resource sector more broadly.”

Kenney also said the deal will generate significant revenue in the long term for Indigenous communities that are part of the partnership.

Kenney said the deal is the single largest Indigenous transaction in the natural resource sector in North America and possibly the world.

Al Monaco, the president and CEO of Enbridge said his company had embarked on a journey to improve its Indigenous relations about a decade ago.

He was thrilled to be able to share the news of Wednesday’s announcement.

“It’s the beginning of a partnership and the deepening of a relationship that I think is going to be absolutely vital to what we do in the future, which is essentially delivering the energy that people want and need every day in North America,” Monaco said.

Monaco said he believes the deal is important as it involves trust and includes Indigenous people who have been keen to participate with various ventures and build economic prosperity and economic sovereignty for their communities.

“This partnership is not just going to be a one-way,” he said. “This is a great opportunity in front of us for our industry and our province to change at how we look at Indigenous relationships not just in the province but in the country.”