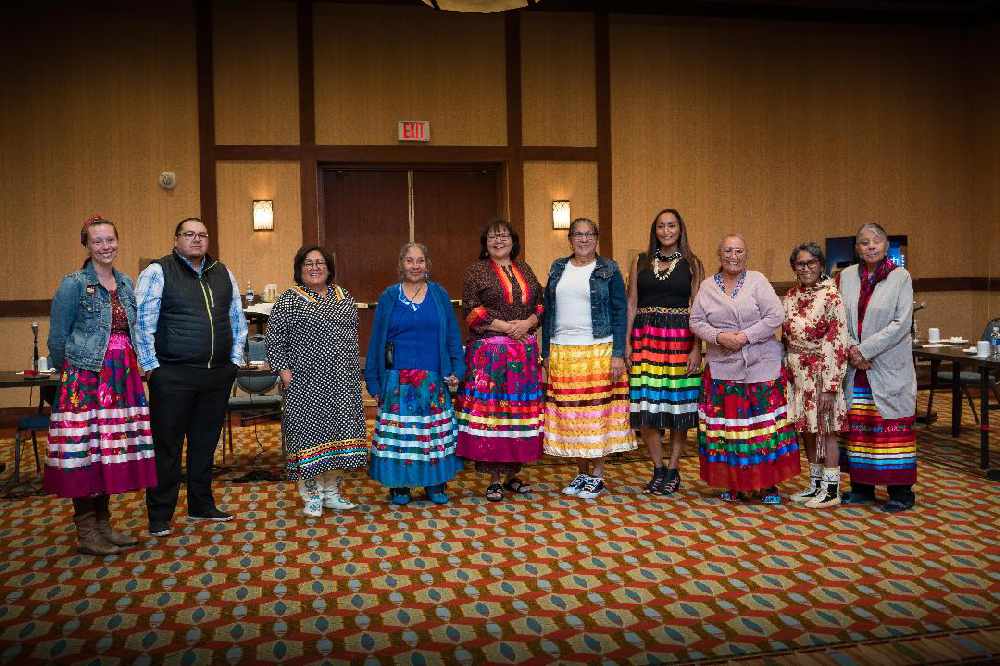 Pictured are some of the members of the Circle Keepers committee, which chose Indigenous names for Edmonton electoral wards. Photo courtesy Shani Gwin.

“I think it was a fantastic opportunity for the city of Edmonton to be a leader.” — Rob Houle, co-chair of the Circle Keepers Committee

Edmonton has moved one step closer to having Indigenous names for the city’s 12 wards.

City councillors agreed at a meeting on Monday, Sept. 21 that Edmonton’s dozen wards should no longer simply have numbers from one through 12.

Instead, it was agreed council would endorse 12 different Indigenous names, one for each of the city’s wards.

Council members voted 9-4 on Monday in favour of moving forward with the proposed names. The decision is expected to be finalized at another council meeting in December.

The name changes will then take effect after the next municipal election, scheduled for October 2021.

Though the name changes are expected to be made official this December, they can’t take effect immediately. That’s because ward boundaries in Edmonton have been revamped, but not made effective until after the municipal election.

“I think all of the names are fantastic and pay homage to the wards they are in,” said Rob Houle, who served as the co-chair of the Circle Keepers, an all-female group responsible for coming up with the dozen Indigenous names.

A total of 17 members were on the circle keepers’ committee, including Indigenous scholars, language experts and Elders.

“It was a chance to recapture Indigenous women’s voices,” said Houle, a member of Swan River First Nation in Alberta.

“I think it was a fantastic opportunity for the city of Edmonton to be a leader,” Houle said.

Terri Suntjens, the director of Indigenous initiatives at Edmonton’s MacEwan University, served as the other co-chair on the committee.

Suntjens didn’t seem to mind the fact there was not unanimous support from councillors.

“I think it was expected,” she said. “Going into this process we knew we were not going to please everybody with this.”

Houle, however, was disappointed to see some councillors vote against the name changes.

After all, Edmonton council had unanimously decided back this past June to explore the idea of having all Indigenous names for its wards.

This followed the fact the ward boundaries for Edmonton’s electoral map was revamped this past May.

“I don’t know why those four (councillors) would decide after this was done that they didn’t like it,” Houle said.

Houle said the vote count left him “confused” because it was not unanimous.

In the end, however, he’s pleased the process is one step closer to reality now following Monday’s council meeting.

“That is the main achievement, that this is moving forward,” he said.

Houle said there is now a 60-day petition period for any contesting of the names.

But he doesn’t anticipate any obstacles during the petition period.

Houle said some debate on Monday focused on the idea that both an Indigenous name and a ward number be included. For example, Dene-Ward 4.

“That defeats the whole intention of this naming initiative,” Houle said.

Ward 3 councillor Jon Dziadyk was not pleased with the name given to his ward.

In Cree, tastawiyiniwak translates to the in-between people, honouring those who moved between gender roles and the LGBTQ2s community. 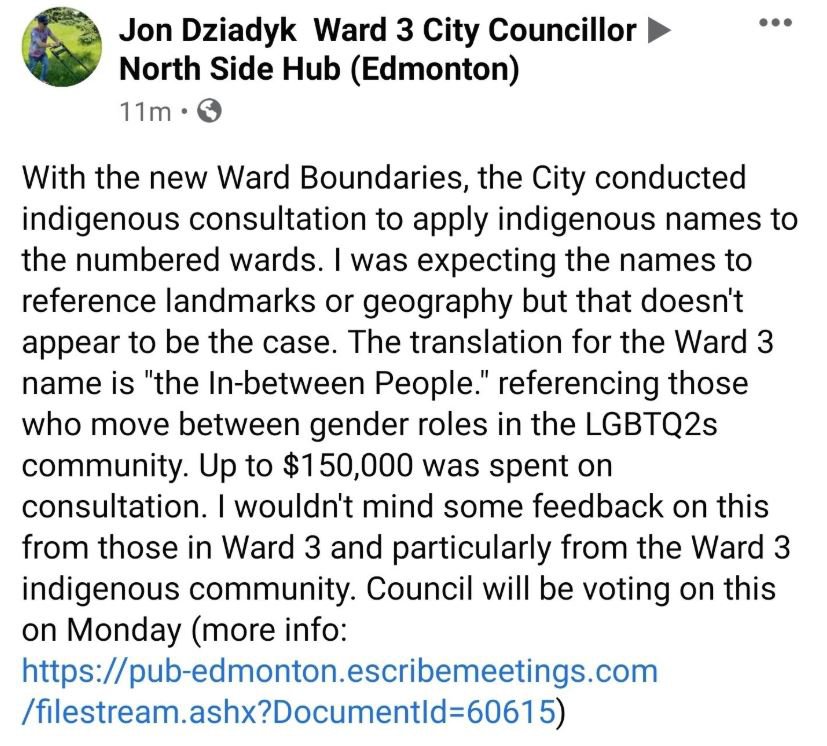 Alyssa Lefebvre, who is chair of the city’s naming agreement, sided with Houle instead of councillors who voted against the name changes on Monday.

“To be honest, I would agree with Rob,” she said. “It’s kind of odd you would support it initially and then not support it when the names are provided.”

Lefebvre does not anticipate the 60-day petition period will provide any serious obstacles to having the ward changes become reality.

“I don’t expect there will be overwhelming support against the by-law,” she said.

While Edmonton would become the first Canadian city to adopt Indigenous names for its wards, Suntjens is hoping it won’t be the only one to do so.

“We’re definitely trying to pave a way,” she said.

Suntjens added it won’t be the Edmonton-based Circle Keepers or city officials suggesting to others to take on similar initiatives.

“It will be up to each city or province or organization to adopt this project,” she said.

Suntjens was impressed at how quickly the Edmonton process came together, all within about two months.

“I think this shows when you allow Indigenous people to lead a project, we can get the work done,” she said.

Suntjens said the entire process was documented and a short film will soon be created.

She anticipates this film will be around 15- to 20-minutes long and that it will be released in December.