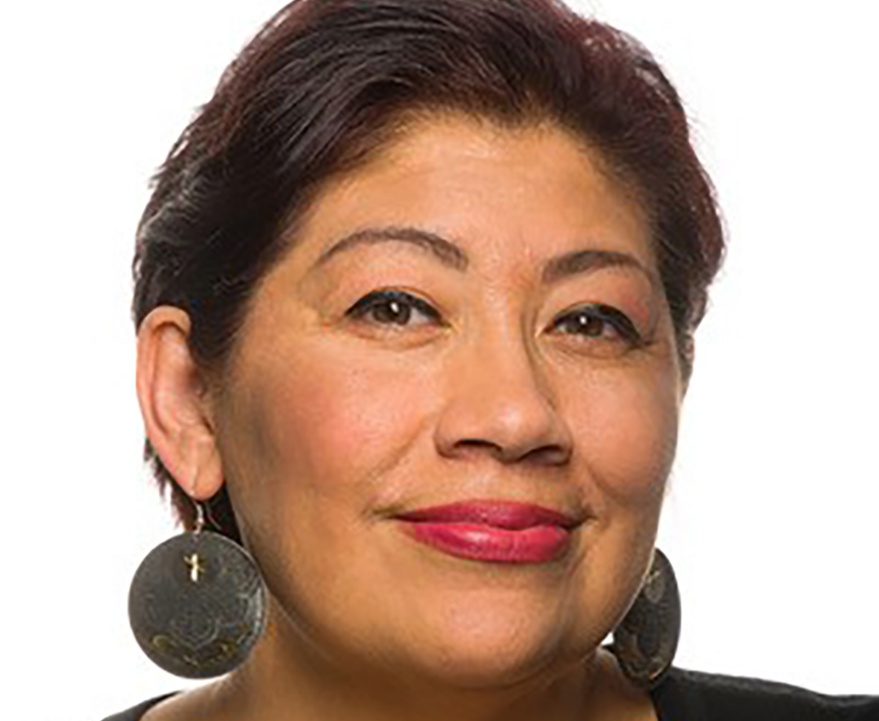 “Teachers… don’t want to be seen as appropriating someone else’s culture or misinterpreting it.” — researcher Jane Cooper

Dr. Kim TallBear, an associate professor in the Faculty of Native Studies at the University of Alberta, says there’s a misconception about the compatibility of Indigenous cultures with the larger narrative of science as an objective branch of knowledge.

“A lot of people believe in this myth that science is not embedded in cultures and politics,” she said. “But of course it is, because it’s purely saturated with our politics and cultural assumptions.”

TallBear, who has worked in the field of anthropology for much of her career, said there’s a prevailing belief that traditional methods of research and learning are directly in conflict with modern science, but digging deeper into history shows otherwise.

“There’s this idea that Indigenous people are anti-science, or that wanting to do science and wanting to work with the scientific method is not traditional,” she said.

“But people all over the world have done science. They’ve practiced what we call the scientific method. They’ve made observations. They’ve done experiments. They’ve tried to replicate results. Europe—or European Americans— don’t get to own that history of science.”

TallBear said she’s seen at the university level where Indigenous Elders will be invited into a classroom to provide a traditional ceremony, but that will be the extent of Indigenous perspectives offered in the course.

“If that’s the only place you have a Native, what you’re doing is you’re reinforcing this idea that we have spirituality, and that we don’t do science... that the Native is there to put beads and feathers and some kind of prayer on something and that’s what they’re good for,” TallBear said.

TallBear said she isn’t opposed to these types of services, but more Indigenous scientists also coming into the classroom should be a step taken to further integrate Indigenous voices into curricula.

She pointed to environmental science as an avenue that has been successful for many Indigenous scholars, with an emphasis on land, air and water protection often a focus of scientists and activists in today’s current climate.

The push to grow the influence of Indigenous knowledge isn’t solely focused at the post-secondary level.

Researcher Jane Cooper was a guest on a recent episode of the Leaderships Perspectives podcast from the Conference Board of Canada on the episode “Indigenizing K–12 science education”.

Cooper is the author of a soon-to-be-released research paper titled Curriculum and Reconciliation: Introducing Indigenous Perspectives into K–12 Science. It’s due to be released later this month.

“Anywhere in Canada you will find teachers who are willing to adapt their teaching to be more inclusive and multi-cultural,” Cooper said on the podcast.

Cooper mentioned on-land learning with Elders as a way for teachers to reinforce concepts to their students.

“There’s a huge benefit to meeting up with an Elder who can provide an authentic Indigenous perspective based on their life experiences and their learnings,” Cooper said.

Cooper said outdoor learning can be particularly effective during the COVID-19 pandemic, as avoiding large gatherings indoors has been widely recommended to help against the spread of the virus.

Cooper suggested that it’s important for provincial governments and administrators to focus on local Indigenous populations when creating or revising their STEM (Science, Technology, Engineering, Mathematics) curriculum, in order to most directly educate students about cultural groups that students may either come from or interact with.

She contrasted Nova Scotia, whose Indigenous demographic is largely dominated by the Mi’kmaq population, to British Columbia, which has more than 30 distinct Indigenous languages and cultures active today.

Cooper did point to pushback at the government level as a barrier to progress in this area, including a 2018 decision by Ontario's Ministry of Education to cancel revisions to its provincial curricula that would increase Indigenous content in social studies, history and geography courses.

At the individual level, there can be resistance from some teachers to making changes, but Cooper says many people are simply worried that they might not be teaching the content correctly.

“Teachers… don’t want to be seen as appropriating someone else’s culture or misinterpreting it,” she said. “They don’t want to be trivializing other people’s perspectives or indulging in tokenism.”