International Decade on Indigenous Languages to begin in 2022 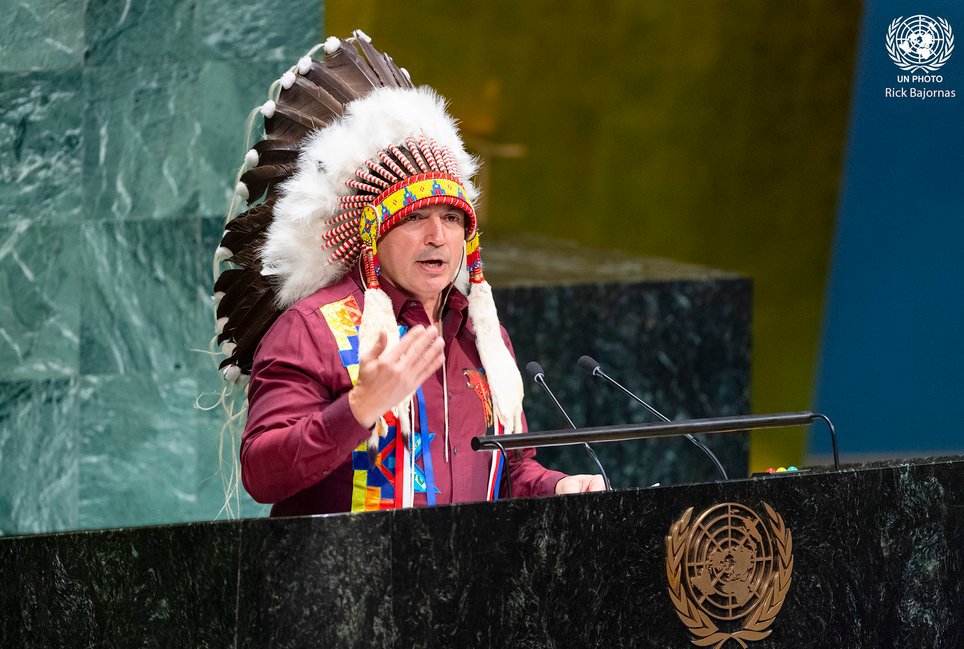 Bellegarde also told leaders that language is a fundamental human right and said fewer than one in five Indigenous people in Canada can hold a conversation in their traditional language.

He said because language is so closely tied to Indigenous culture, many First Nations, Métis and Inuit feel isolated and lacking a "vital connection to their ancestors."

2019 was proclaimed the International Year of Indigenous Languages by the UN General Assembly in 2016.

The National Chief said the number of Indigenous language speakers is now starting to "slowly, slowly" grow again, but more action is needed to repair the damage done by residential schools, where English and French were forced on Indigenous students.

Before the traditional opening started it was announced there’ll be an International Decade of Indigenous Languages that will begin in 2022.