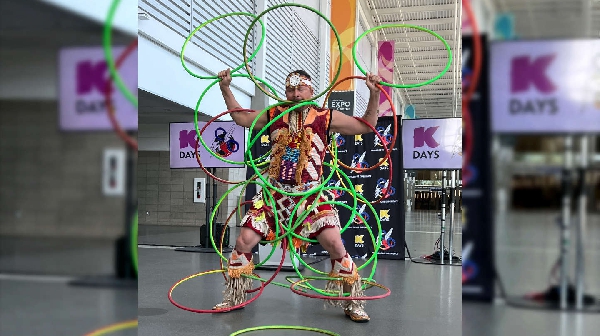 The popular festival is making its grand return after a two-year hiatus while highlighting new Indigenous programming.

K-Days is the latest festival to mark its highly-anticipated return to Alberta’s capital city during the summer.

At a media availability on Wednesday, organizers and event leadership gathered at the Edmonton Expo Centre to announce the family-friendly event’s comeback and reveal new programming to be featured prominently throughout the event.

Indigenous Experience, a showcase of Cree, Métis and Inuit culture, will occupy a portion of the festival grounds for the first time ever.

The attraction will share several aspects of Indigenous culture with festival-goers, including food, crafts and performances.

Some of the key artists scheduled to take the stage include Snotty Nose Rez Kids, Rellik, Classified and Marianas Trench.

Dallas Arcand, IEEGA Board Member, reflected on how the annual affair has changed since his childhood before the three-time world champion hoop dancer performed in front of those in attendance.

Tickets to this year’s run have been discounted by 25 per cent to make the event more accessible to guests and visitors.

News tip? Please reach out via email at elliott@windspeakermedia.com.