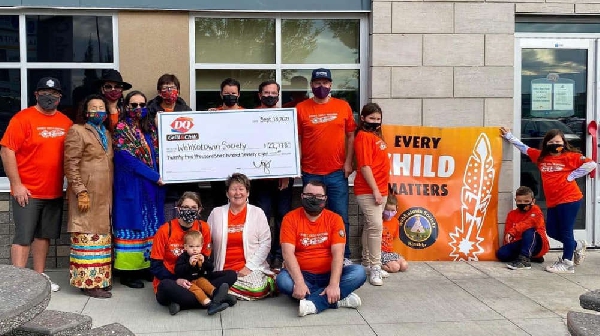 The event provides space for female Indigenous survivors of the residential school system and cancer.

The Wahkotowin Society is known for its annual Voice of Hope Retreat, which key volunteer Hazel McKennitt said creates a culturally safe and supportive experience to facilitate healing.

“When somebody says to you the doctor says you have cancer, you hear nothing else,” she stated.

“That's why you should have somebody with you. To tell you the grade, size and whatever else, and you have to have that lived experience to be able to do that… It's difficult when you're a single mom and you're diagnosed with cancer.  Your children have to be looked after. Some of us have very good support, and most of them have not had such good support.”

Due to public health concerns, the gathering was postponed over the last two years until public health restrictions were lifted a few months ago.

McKennitt added financial factors with groups that previously funded the event temporarily cast the near future of the retreat in doubt.

“We couldn't get any funding for whatever reason, they didn't say,” she explained.

“We applied, and finally we were able to have this retreat because Dairy Queen really supported us.”

Baseline Dairy Queen in Edmonton held a fundraiser that saw $1 from the purchase of every ice cream cone go to the Wahkotowin Society.

The event raised over $22,000, which McKennitt said will fund the society's next two trips.

She added the financial support comes at a time when the retreat is increasing in demand.

“They have told their friends, people are looking forward to it and we have a full house. We don't want to turn anybody away, but we are at capacity now.”

While the retreat scheduled for later this month has reached full capacity, registrations and inquiries for the second one in October can be submitted online through the organization's new website.

Listen to the radio story below: