Louis Bull celebrates its own law to bring the children home 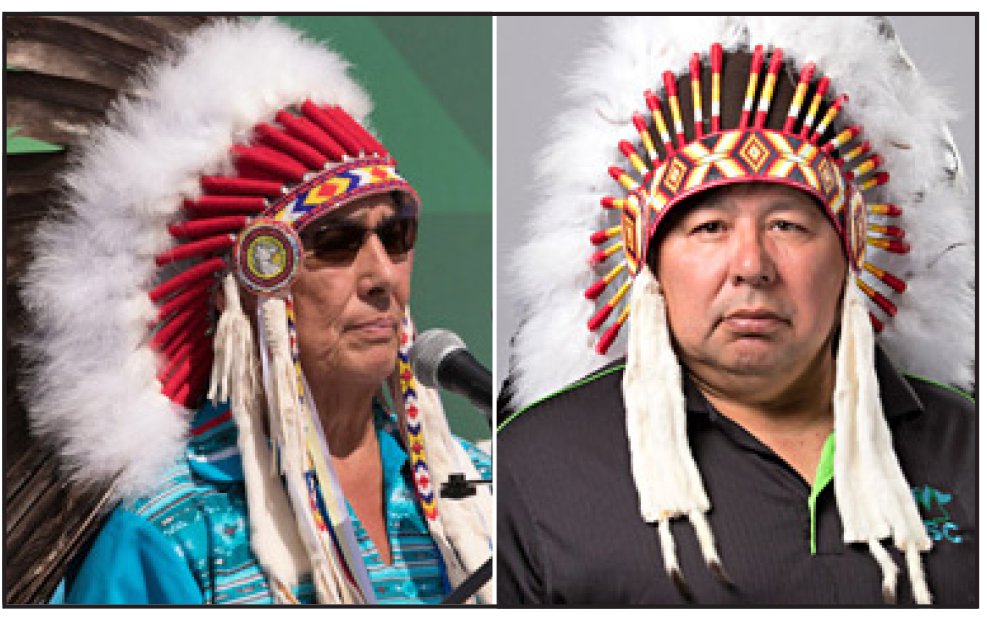 “When we say we want to bring our children home, you’re also rebuilding our nationhood, because an essential element of our nations is our children.” — Chief Wilton Littlechild

The Louis Bull Tribe has become the first Nation in Treaty 6 to bring into force its own child and family services law.

Chief Irvin Bull and council were joined March 5 by other chiefs of Maskwacis, along with Treaty 6 Grand Chief Vernon Watchmaker and former Treaty 6 Grand Chief Wilton Littlechild, in implementing the ASIKIW MOSTOS O’pikinawasiwin (AMO) law to bring their children home.

“The goal that we have is when they come home for us to greet them, have a ceremony for them, make them feel part of who we are,” said Bull.

On Oct. 8, 2020, the AMO law was declared. The new law provides for the protection of children, youth and families while preserving the tribe’s Treaty, language, customs, culture and sovereign rights. It also calls for the repatriation of Louis Bull Tribe’s children and youth.

To that end, the AMO Child Protective Services was incorporated as a society in mid-October.

On Oct. 28, 2020, Louis Bull Tribe entered into a coordination agreement with the federal government.

Bull said the goal at that time was to have the law completed by the end of March 2021. Reaching that goal early was celebrated on Friday.

Now the tribe is working with the province to no longer have Alberta involved in the tribe’s child and family services. Bull hopes to achieve that objective within the next six months with all family and child welfare files transferred to the AMO Society by then.

“The only time the province steps on the reserve is there’s no law in the land. We have a law now. Eventually we will let the province go,” Bull said.

Bull emphasized that his tribe’s right to exercise jurisdiction over their children, youth and families is sanctioned by the Louis Bull Tribe’s Supreme Constitution, which was adopted two years ago; the United Nations Declaration on the Rights of Indigenous Peoples; the Truth and Reconciliation Commission of Canada’s Calls to Action; and the ratification of the United Nations Convention on the Rights of the Child.

“I stopped by our new office and I felt proud that we had started something,” said Bull.

Bull recognized chiefs and councils past and present, the Elders, and Littlechild for the roles they played leading up to and developing the AMO law.

Littlechild recounted a heartbreaking incident of recently speaking with a homeless First Nations man in Edmonton, who told his story of being punished horrifically when he ran away from his foster home. The man said he was from Hobbema, now known as Maskwacis. Littlechild said he shook the man’s hand and thanked him for sharing his story.

“I couldn’t believe the number of violations of law that story tells…. There was a law to protect him, but it wasn’t being followed,” said Littlechild, who still practises law after becoming the first status Indian to earn a law degree from the University of Alberta in 1976.

“That story hit home, if I can use that term. The importance of what you’re doing today …. When we say we want to bring our children home, you’re also rebuilding our nationhood, because an essential element of our nations is our children,” he said.

“Today we are witnessing the implementation of those rights through our laws. Those laws were never extinguished. They’re just being reaffirmed. They’re being brought back. They always existed,” said Watchmaker.

“It is our right as well as our obligation to nurture our children, to continue our traditional way of life thereby maintaining the sacredness and uniqueness of our culture. Our children carry the history of our peoples for the future generations,” he added.

The ISC website also listed Whitefish First Nation as the only other First Nation alongside Louis Bull Tribe, to have requested to enter into a coordination agreement. Whitefish First Nation made that request on June 10, 2020. According to Bill C-92, once a request is made to enter into a coordination agreement, a 12-month timeframe is triggered by which the Indigenous law comes into force. All efforts must be made to meet this deadline. Once Indigenous law comes into force it prevails over conflicting provincial, territorial, and federal legislation.