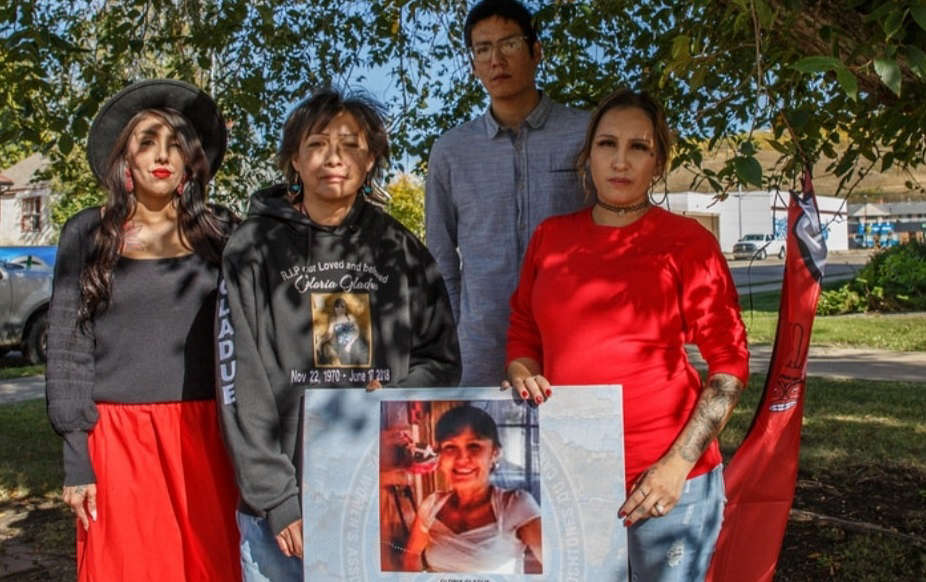 Gloria Gladue, a member of Bigstone Cree Nation, disappeared in 2015

A retired trucker from Manitoba who killed an Indigenous woman and hid her body in locations across Western Canada has been sentenced to 11 years in prison.

Court heard that 72 year old Grant Sneesby stabbed Gloria Gladue multiple times in October 2015 before destroying her cellphone & Asthma Inhaler, burning her clothes, wrapping her body in plastic and storing it in a trailer.

Gladue, a member of Bigstone Cree Nation, was last seen in Wabasca in October 2015 and reported missing by her family a month later.

In June, a jury convicted Sneesby of manslaughter instead of the initial charge of second-degree murder. He had pleaded guilty to causing indignity to Gladue’s remains.

“This was a brutal and callous killing,” said Queen’s Bench Justice Paul Belzil during sentencing in Peace River. “Gloria Gladue’s life was senselessly ended by the actions of Mr. Sneesby.”

Sneesby was credited seven years for his time in pretrial custody, leaving him three years and 221 days left to serve.

In addition to his prison sentence, Sneesby has a lifetime firearm ban.

“(It’s been) a long journey for my family through the justice system. Now we’re finally done, and I hope me and my family can start to heal.”