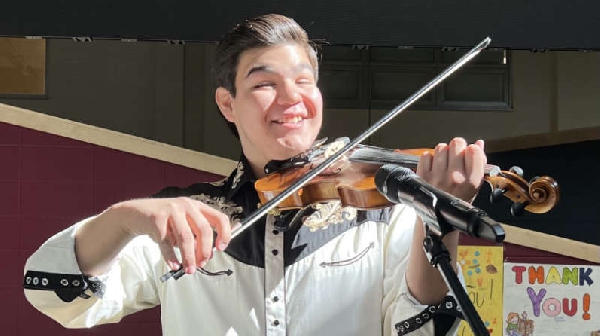 17-year-old Métis fiddle player Zach Willier will grace the stage at Archbishop O’Leary Catholic High School in a virtual setting on May 18  for the annual Celebration of the Arts event.

The Grade 11 student started playing the fiddle when he was in elementary school, and now Willier is excited to play on stage for his high school’s event.

After Willier finishes high school, he plans on heading over to the United States to hone his craft and attend the East Tennessee State University, to be a part of the music studies program, which is a four-year degree, to specialize in bluegrass and country music. After that, Willier said his focus is set on moving to Nashville soon after to pursue his music career.

Josie Burgess, music consultant for Edmonton Catholic Schools Division says that her first impressions of the young star, is that he is a gentleman with poise and talent that left her jaw on the floor. 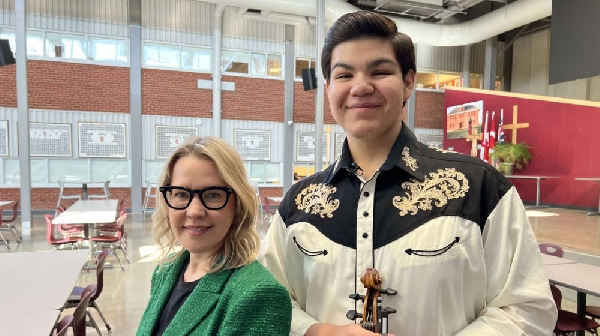 Burgess shared more about the Celebration of the Arts event on the 18th which will be held in a virtual setting this year.

Willer says that he will be performing his most beloved piece; “The Orange Blossom Special” at the event.

To see Willer’s performance live, tune into the livestream event at https://ecsdcoa.net/ at 6:30 p.m

Got a story idea? Email me at daniel@windspeakermedia.com