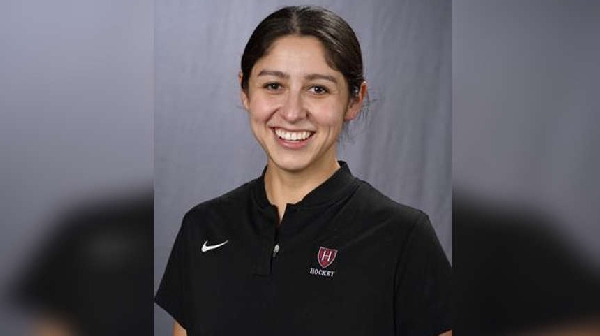 One of three scouts hired by the Winnipeg Jets on Wednesday is from Treaty Six Territory.

Sydney Daniels, 27, has been hired by the NHL club as a college scout. In a news release provided by the team, Daniels described her conversation with assistant general manager Larry Simmons as something she’ll never forget.

“That 90 minutes might have made him late, but it definitely changed my life, whether I ended up in this position or not,” she said. “I left thinking this is something I really want to pursue.

“Not only was it Larry himself, but it was also listening to him talk about the values of this organization and the values of what he wants the culture here to be. That was resonating to me.”

Daniels has wasted no time getting to work, having recently travelled to Buffalo.

“It’s very dialled in on players we’re looking for and things we’re looking for,” said Daniels. “I’m just excited to work and figure out those demands and try to fill those as best I can, in the vision of what we’re trying to build here in Winnipeg.”

Daniels is no stranger to the college system. She is the former captain of the NCAA’s Harvard Crimson and, when her playing career ended, she joined her college team as an assistant coach.

She also played one year of pro hockey, for the National Women’s Hockey League’s Boston Pride, in 2017-18, before returning to Harvard to coach to start the 2018-19 campaign.

As a dual citizen, Daniels won gold with the U.S.A.’s under-18 team in 2011. That same year, she earned a gold medal at the National Aboriginal Youth Championships.

Daniels is the first First Nations woman from Treaty 6 territory to be added to the Jets’ hockey operations.

“We support and are extremely proud of Sydney as a proud member of Mistawasis and mostly importantly a First Nations woman,” Tribal Chief Mark Arcand said in a statement. “She is truly a role model for our youth. Not just her skill and dedication to the sport but her academic accomplishments have helped make her the person she is today.”

The passion for hockey runs deep in the Daniels’ family. Sydney’s father Scott played 149 games in the NHL with Hartford, Philadelphia, and New Jersey.