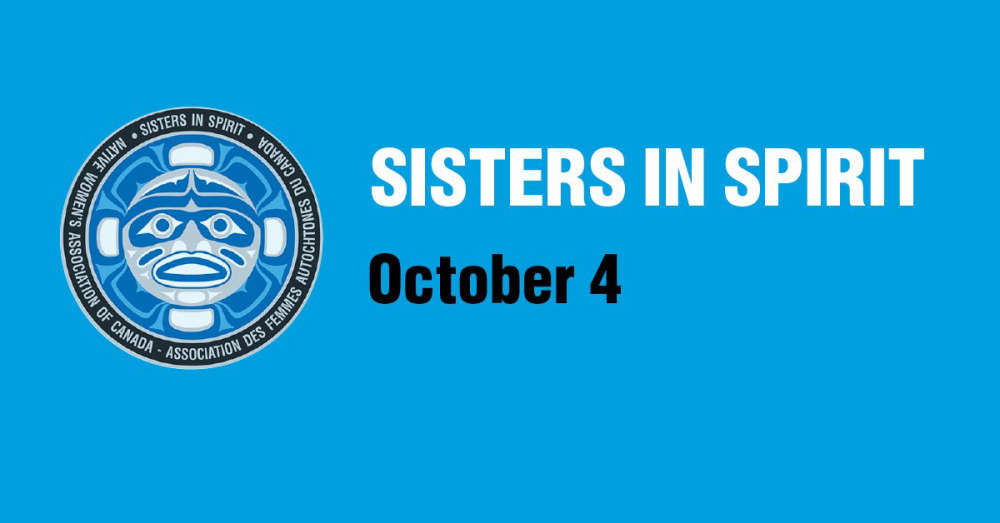 "According to the public record, there are nearly 4,000 missing and murdered Indigenous women, girls and two-spirit people in Canada. We are over-represented and at a greater risk than the national average of homicide and violence."

In honour of murdered and missing Indigenous women, girls and two-spirit people across Canada, the 19th Annual Sisters in Spirit Vigil will take place across Canada on Tuesday October 4th.

There are more than 300 events expected to take place across the country, and internationally, as part of Sisters in Spirit Day.

According to organizers, the events aim to "bring awareness for increased safety, justice, recognition of our human rights and to support the public call for the announced national inquiry."

Indigenous women made up 27 per cent of female homicide victims in Canada last year, according to the latest Statistics Canada data, despite making up roughly 4 percent of the female population.

This year, the following events will help recognize Sisters in Spirit Day in Alberta.

If you have an Sisters in Spirit day event happening in your community, email events@windspeakermedia.com