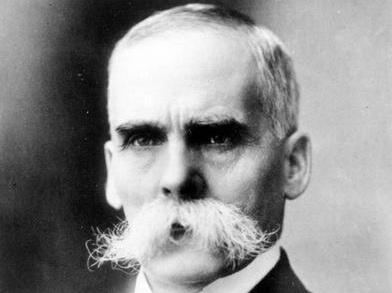 The league has initiated the #UncoverOliver campaign, which will continue for several months with the goal of educating the community as to Oliver's record.

An Indigenous-led process has begun to decide the future name of a central Edmonton neighbourhood. So reads a statement on June 23 from the Oliver Community League.

Discussions about problematic place names in Edmonton include the neighbourhood named for Frank Oliver, co-founder of the Edmonton Bulletin, a newspaper he used to encourage Indigenous land surrenders and to incite settlers to trespass and squat on Papaschase Territory.

The statement said “The Oliver Community League officially opposes the name of the Oliver neighbourhood, and has already embarked on a process led by Indigenous communities to engage local partners and stakeholders to create an inclusive method to find a new name.”

The league has initiated the #UncoverOliver campaign, which will continue for several months with the goal of educating the community as to Oliver's record, which includes “harmful policies that directly targeted Indigenous communities, people of colour, newcomers, and people with disabilities. This namesake does not reflect the spirit of diversity an inclusion that our community represents.”

Oliver was elected in the 1896 Canadian federal election and served as Minister of the Interior and Superintendent General of Indian Affairs from 1905 to 1911.  In 1911 he introduced a restrictive Immigration Act and an act permitting the removal (without consent) of Indigenous people living on reserves next to a town with a population of 8,000 or more. He wrote an Order-in-Council to keep out Black Americans escaping segregation in the United States.

Discussion about the continued use of Oliver's name has been ongoing for years, but came to a head in recent weeks leading up to National Indigenous Peoples Day on June 21.

The Oliver Community League has three calls to action outlined in their release:

1. The City of Edmonton is to initiate an inclusive co-creation process to discover a new community name for the district currently known as “Oliver”. This process must be Indigenous-led, involving all communities Frank Oliver impacted, including the Black communities, newcomer communities, those with disabilities, and more. It must also involve as many residents of Oliver as possible and utilize all modalities.

2. The City of Edmonton must change the name of present day “Oliver” to the recommendation brought forward by the aforementioned co-creation process.

3. Directed by Indigenous ways of knowing and being, this process will be the first cycle of a new way of place naming. Every generation (every 30 years) our community will engage in a process of reflection, discussion, and either a name renewal celebration or a renaming process to ensure our community’s name reflects the values, hopes, and identities of future generations.

In addition to the neighbourhood, there is a school and public swimming pool named after Oliver.

Ongoing updates about the #UncoverOliver campaign can be found at the Oliver Community League's Twitter (@OCLYEG) and website: www.olivercommunity.com