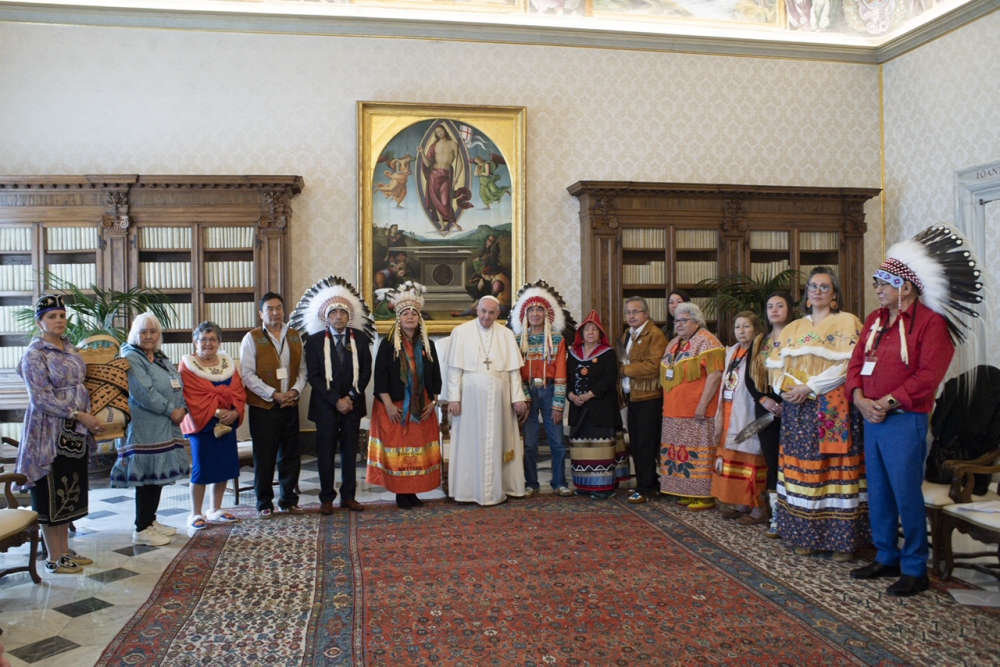 Indigenous delegates from Canada's First Nations with Pope Francis during a meeting at the Vatican, March 31, 2022

Pope Francis will be traveling to Canada, July 24–30

Pope Francis will be travelling to Canada from July 24 – 30, having accepted invitations from the indigenous communities.

The upcoming July visit will see him visit the cities of Edmonton, Québec and Iqaluit.

Archbishop Richard Smith spoke about the announcement on Friday morning in Edmonton.

Smith says the locations were chosen by the Vatican and the Pope's mobility and health issues had to be considered, while specific sites and a formal program are to be developed with Indigenous partners.

Further details about the Pope’s journey to Canada will be made available in coming weeks, the Press Office statement said.

Ahead of this latest announcement, Pope Francis, in recent weeks, has had a series of meetings with several delegations of Canadian indigenous peoples in the Vatican.

The Pope met with the delegations of Métis and Inuit on 28 March and with the First Nations delegation on 31 March. He then received all three delegations together, along with representatives of the Canadian Bishops’ Conference (CCCB) on April 1.

The meetings provided the Pope the opportunity to “listen and to offer space for the painful stories shared by the survivors,” and to address the ongoing trauma and suffering faced by Indigenous Peoples to this day, especially after news broke last year of the discovery of mass graves in the Kamloops Indian Residential School, with the bodies of hundreds of indigenous people.

Edmonton is home to the second-largest number of Indigenous Peoples living in urban Canadian cities and about 25 residential schools were located in Alberta – the most of any province in Canada.