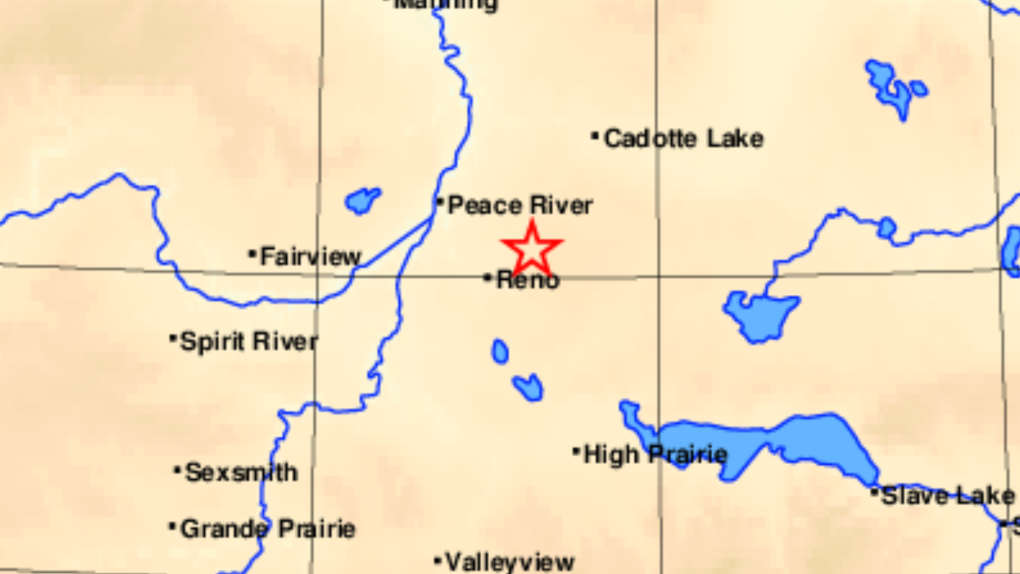 Update*** Three more 4.0-magnitude earthquakes were recorded by the agency later Tuesday night and early Wednesday morning: at 11:16 p.m., at 11:33 p.m., and at 5:46 a.m. All were recorded in the same area northeast of Reno.

According to Earthquakes Canada, A series of earthquakes and aftershocks were reported in northern Alberta Tuesday evening.

Earthquakes Canada issued an alert for a 5.2 magnitude quake at 4:45 p.m. at a depth of four kilometres.

Another was issued for a 6.0 magnitude at 5:55 p.m. at a depth of two kilometres, but the magnitude was later adjusted to 5.8.

All three quakes occurred near Reno, which is about 40 kilometres south of Peace River.

Last week, the same area was struck by a 4.1 magnitude quake.

RCMP say there were no reports of any injuries. 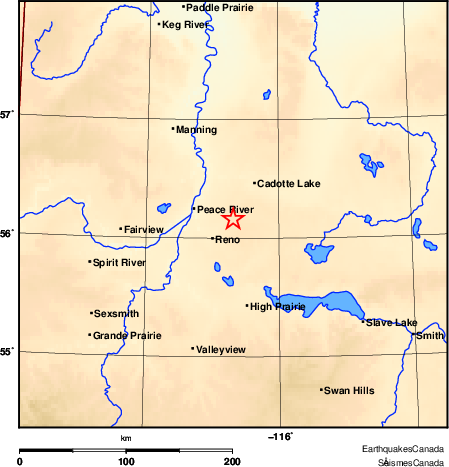