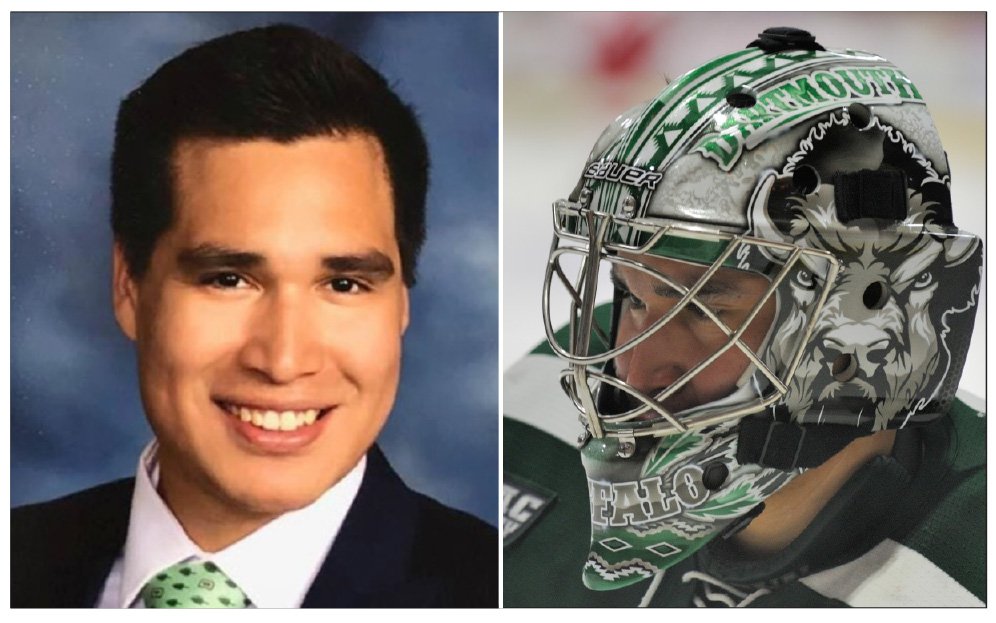 Devin Buffalo was a goaltender with the Dartmouth Big Green, an Ivy League team based in New Hampshire.

“I have other dreams and goals that I would like to start now.” — Devin Buffalo 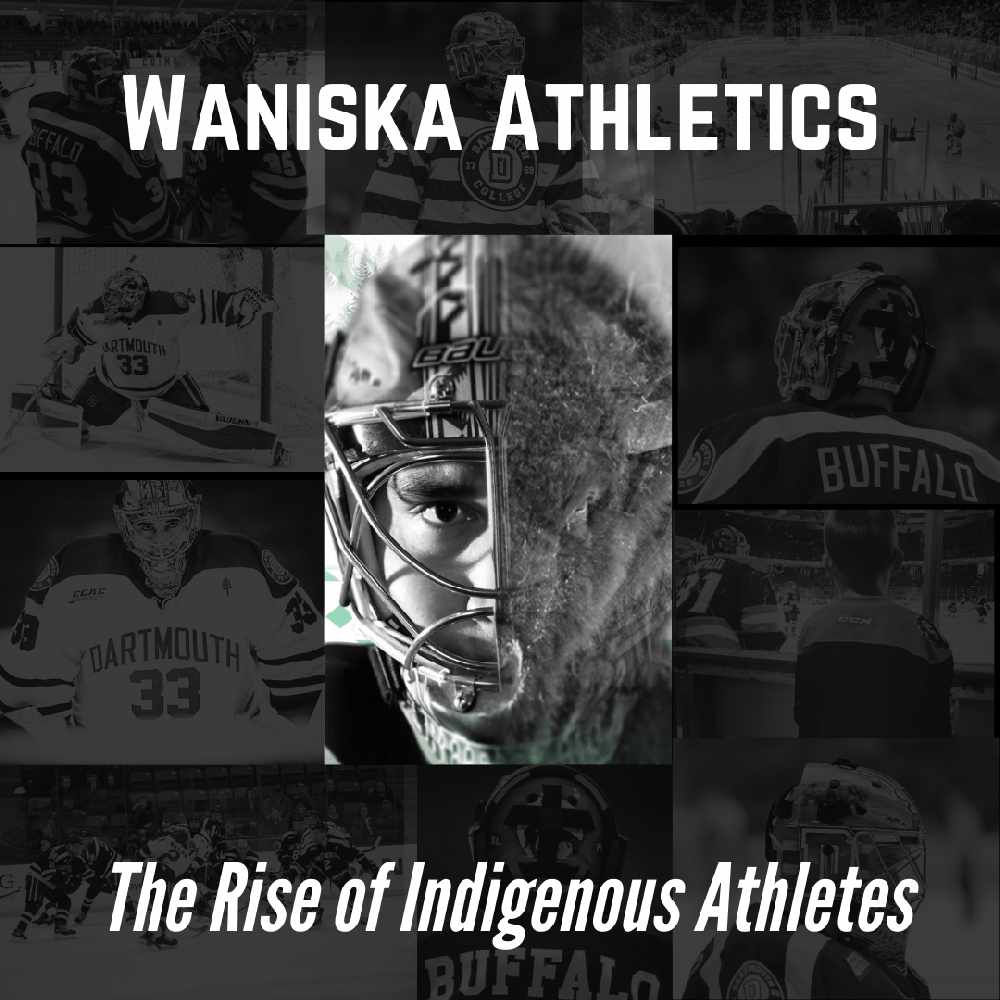 A few years ago people were telling Devin Buffalo that he needed to get his inspirational story out into the world.

At the time Buffalo, a member of Samson Cree Nation in Alberta, was a star hockey goaltender with the Dartmouth Big Green, an Ivy League team based in New Hampshire.

But the thought of getting up in front of a crowd to tell people how a kid from a First Nation in central Alberta overcame obstacles to get an education and suit up for a prestigious U.S. collegiate squad was not appealing at all to Buffalo.

“I was terrified of public speaking,” he said. “I spent the last two years working on that.”

Buffalo, who spent a year playing minor pro hockey in the ECHL (formerly East Coast Hockey League) after he graduated from Dartmouth in 2018, is now focused on his newest venture.

Earlier this month he officially launched his own company, Waniska Athletics. Waniska is a Cree word which means to wake up (and) arise.

“Now I have the confidence to start this,” Buffalo said of his company. “I feel this is a great time to start it.”

Though he has had some speaking engagements and helped out at hockey camps in recent years, Buffalo will have his first gig with Waniska Athletics this Sunday, working with minor hockey players from Cold Lake First Nations.

Later this month he’s booked to work a hockey camp being held at the Frog Lake First Nation.

Buffalo is hoping to keep busy working and speaking not only in Indigenous communities throughout Alberta but in other provinces as well.

“I’d like to be all over western Canada,” he said.

Buffalo, who was born in Wetaskiwin, said while he was growing up his hockey heroes were older players in his community.

But he said those individuals were primarily only concerned with hockey.

“I wanted to succeed on the ice and in the classroom,” Buffalo said. But he didn’t know of any older players he could turn to for educational advice.

“That didn’t exist when I was a kid,” Buffalo said.

As a result, Buffalo said he was left to fend for himself when it was time to write his SATs and apply for admission to post-secondary schools.

“I had no instruction whatsoever,” he said. “I really believe that is a big hurdle.”

Though he managed to overcome the obstacles and play for a prestigious Ivy League school, Buffalo is now hoping he’s the one who can provide guidance for Indigenous youth who are considering playing collegiate hockey.

Indigenous teens require plenty of education about post-secondary schooling options, Buffalo said. While doing a presentation for bantam-aged players in Saskatchewan he asked them which American collegiate programs they were aware of.

“No Indigenous athlete could name a single college hockey team,” he said.

Buffalo’s motivational talks do not simply focus on his hockey life. He can also talk at length about the history of his territory of Maskwacis. And he can also discuss the impacts of intergenerational trauma of residential schools that existed across the country.

Both his father and maternal grandmother attended residential schools.

Buffalo believes it’s not just Indigenous youth that would benefit from his stories.

“I think it’s also important for non-Indigenous communities and schools to be aware of this,” he said. “I think if they know these stories it will help them understand and be more tolerant of their Indigenous neighbours.”

After graduating from Dartmouth, Buffalo spent the 2018-19 season playing pro. He suited up for five different ECHL clubs. And though he didn’t see any action, he was also called up and served as a backup for an American Hockey League contest with the Utica Comets, the top affiliate for the NHL’s Vancouver Canucks.

“I wanted to give professional hockey a solid try,” Buffalo said. “I played a full year, loved the experience of playing hockey for a living and accomplishing that dream. Lived in some cool cities and met some awesome people.”

After playing pro hockey for one season, Buffalo returned to his home province. He’s currently living in Leduc.

“I have other dreams and goals that I would like to start now,” he said.

One possible future goal for Buffalo is attending Law school. He’s in the process of applying to various universities in western Canada in the hopes of being accepted and beginning classes in September 2021.

Buffalo is also currently working with the Indigenous Sport Council of Alberta as its programming co-ordinator in southern Alberta communities.

Those looking to book Buffalo can email him at waniska.athetics@gmail.com or through Instagram at @waniska.athletics.