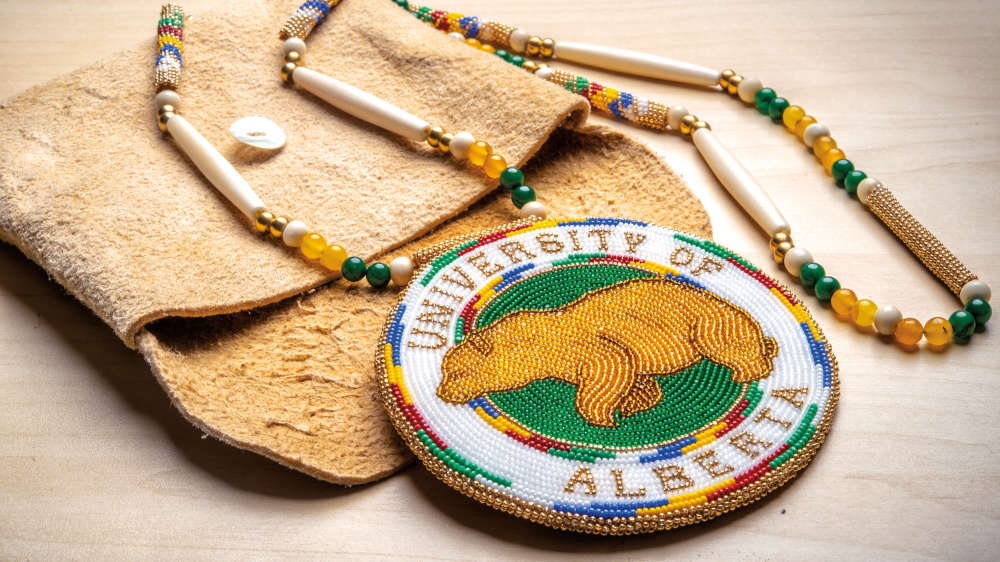 Five-year plan guides measures to ensure Indigenous identities, languages, cultures and worldviews are reflected in everything the university does

The University of Alberta is launching a strategic plan to respond to the calls to action in the Truth and Reconciliation Commission of Canada’s Final Report.

The plan includes concrete measures to reclaim Indigenous identity, languages, cultures and worldviews. Foregrounding the right to self-determination, the plan also makes clear that its goals — along with all Indigenous initiatives at the University of Alberta — must be Indigenous led.

"Braiding Past, Present and Future: University of Alberta Indigenous Strategic Plan aims to dismantle colonial structures in the university that have long “disenfranchised Indigenous Peoples of their legal, social, cultural, religious and ethnic rights.”

Under the direction of Florence Glanfield, vice-provost of Indigenous Programming and research, and the Indigenous Advisory Council, the release of Braiding Past, Present and Future follows more than two years of broad dialogues with First Nations, Métis and Inuit communities and organizations, along with representatives from all university faculties and portfolios.

Glanfield recalls that when she first arrived at the U of A to study mathematics in 1976, one department member said to her, “I didn’t think you people could do mathematics.”

“This plan is trying to change that narrative, and the experiences of the university's relationship with Indigenous peoples, communities, nations, lands, languages and knowledge systems,” she said.

The university will set targets to increase numbers of Indigenous students and faculty on campus and integrate Indigenous knowledge across university curricula. It will also develop research ethics principles in collaboration with Indigenous communities.

The theme of the plan pays tribute to the strength and resilience of “those who came before” while recognizing “our responsibilities to the generations to come, knowing that we have the power to leave them a beautiful legacy.”