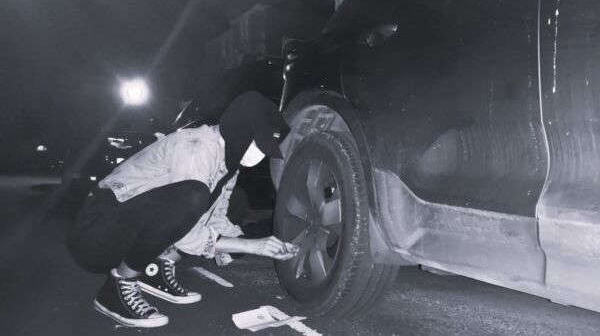 A vigilante trend of deflating SUV and pickup tires in the name of environmental protection appears to have arrived in Edmonton.

One Edmonton woman has found a warning letter on her SUV along with deflated tires.

EPS confirmed that tires on 13 vehicles were slashed in the Delwood area of northwest Edmonton Sunday night, but no reports of any notes left on site.

One driver, Brandee Rintoul found more than one tire deflated on her Honda SUV on Sunday, along with a note.

"SUVs are unnecessary, and pure vanity," the note read.  "We are taking actions into our own hands, because our governments and politicians will not."

Many deflations have occurred throughout Canada and around the world.

So a total of 72 SUVs disarmed in these two cities the last few nights.

We are a do-it-yourself movement making it impossible to own an SUV in an urban area.

Join us! All you need is a leaflet and a lentil.https://t.co/cmqm5IOM5F pic.twitter.com/CbZvfUCvcf

The Delwood slashings are still under investigation , EPS confirmed. 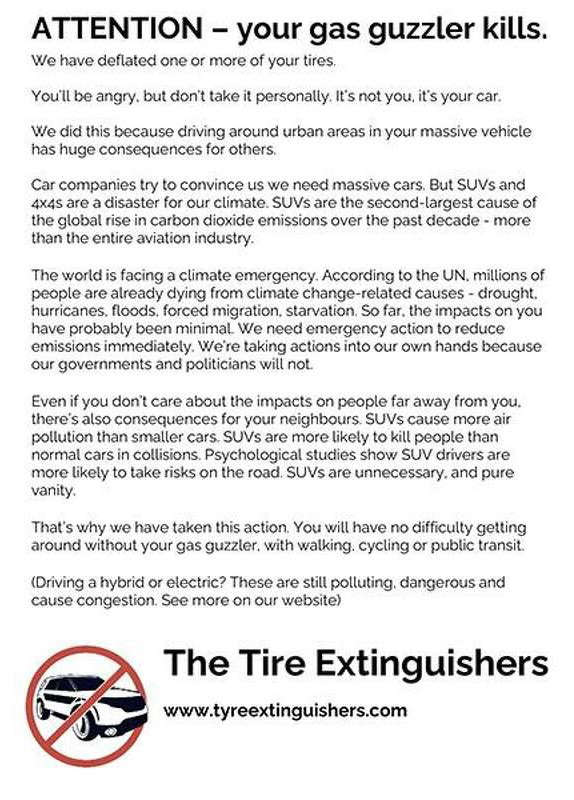 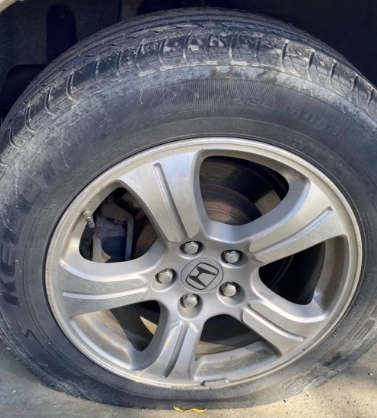