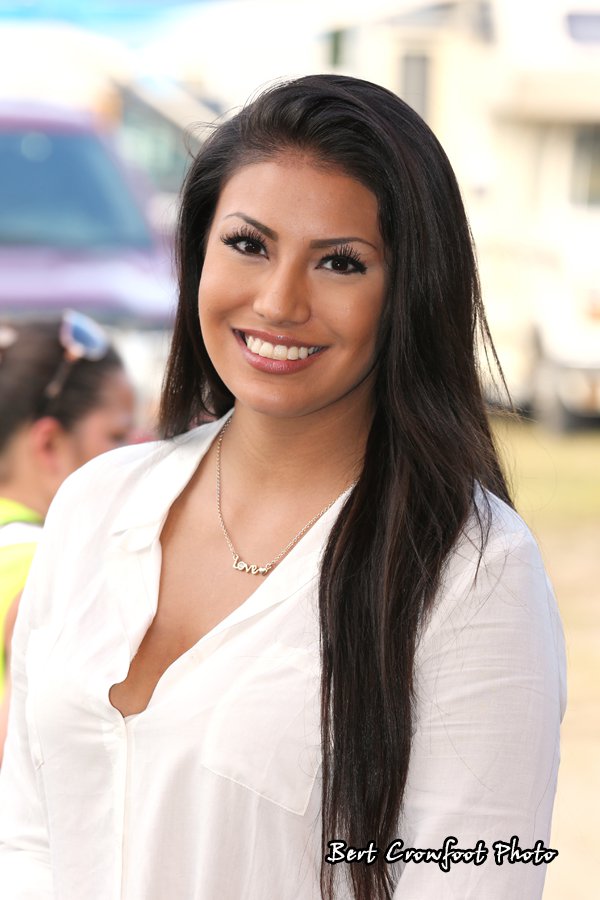 Ashley Callingbull is a stage actress, has done mini series, has voiced cartoons, and is featured on the television show Blackstone. She is also a model, activist, dancer, motivational speaker, former Mrs. Universe and contestant on the Amazing Race Canada.

Callingbull is from Enoch Cree Nation in Alberta and by age 10 she had consecutively won all of Enoch’s princess crowns, which led to being a runner up in the Miss Universe Canada pageant in 2010, the first Cree woman to achieve this goal.

As a finalist, Callingbull travelled to hospitals and schools, speaking about her life and reaching out to others. She takes pride in in her Cree heritage, and is a mentor for underprivileged Indigenous youth.

She operated out of her comfort zone with modelling. Local people saw her promise and helped her, supporting her along the way.

Life wasn’t always easy for Callingbull growing up. She was raised by a single mother, and lived through poverty, abuse and intergenerational trauma, but with a lot of healing, self-love, hard work and perseverance she gained confidence and courage.

“With pageants it gave me the stance to want to do more and create more change. And it gave me this profile to be fearless… I really love the direction that I chose,” she said.

As a result, Callingbull says her career has “kind of been all over the place, because I love to dabble. And why not chase all your passions?” She said when she chases opportunities she makes more opportunities for herself.

“My grandparents being a medicine man and medicine woman, they saved me by going in sweatlodge and in ceremonies. It just made me stronger.”

She realized she didn’t need anything to numb the pain or make the memories go away. The abuse was something she had to let go of and move on from in order to be stronger and overcome it.